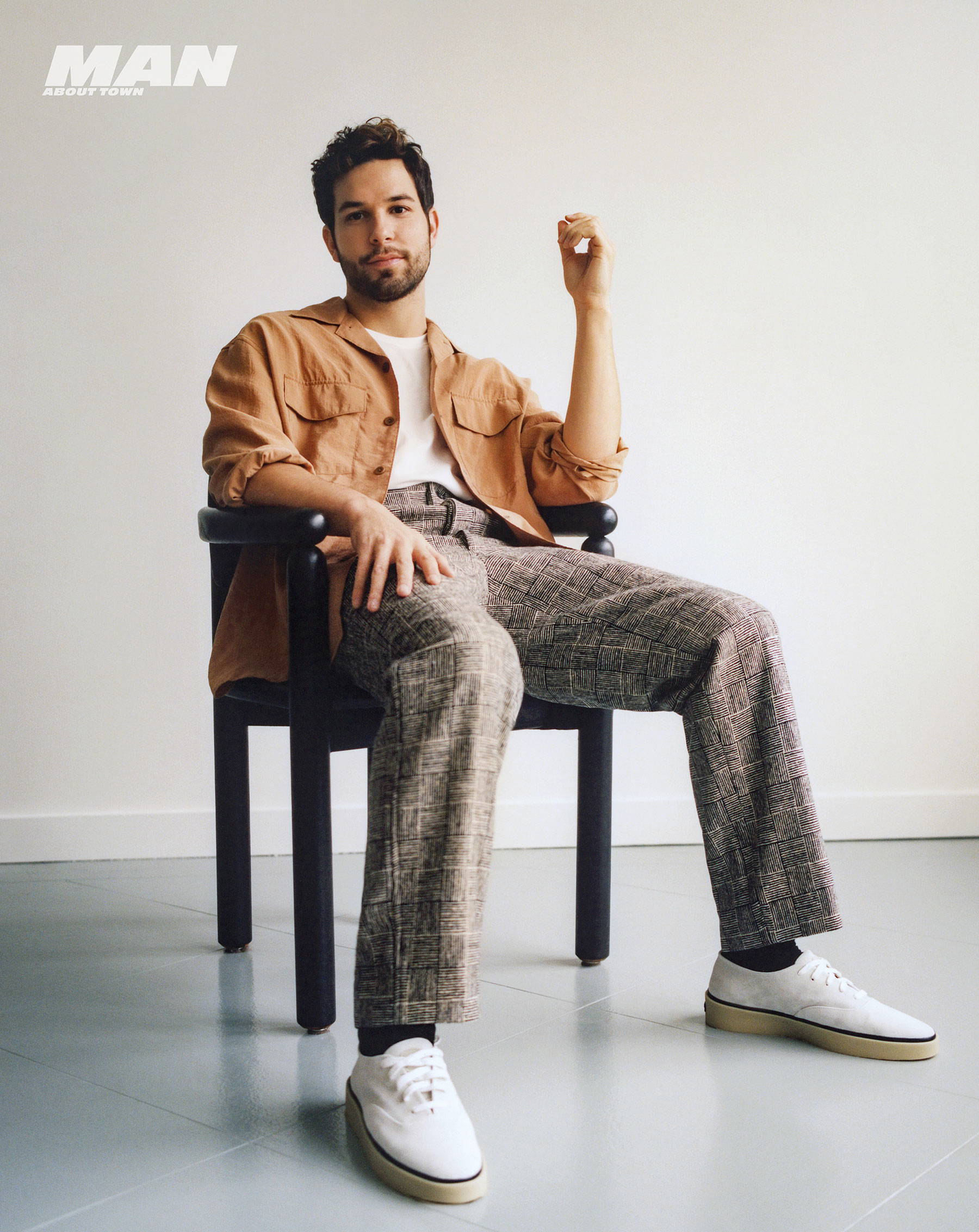 Shows like Zoey’s Extraordinary Playlist are redefining the musical genre and the American actor and singer is one of the pitch perfect voices to lead the way forward.

In a world that can often seem a little grey and mundane, Zoey’s Extraordinary Playlist offers an all-singing, all-dancing insight into what life would be like with the inescapable soundtrack of other people’s thoughts. With performances ranging from Nicky Minaj to Nina Simone, the show provides a fresh take on the musical theatre genre, sensitively covering issues of gender, sexuality and grief with the odd flashmob thrown in.
With the second season finale having just aired, we revisit when we caught up with leading man and musical fanatic, Skylar Astin, to discuss the success of the show and what the future holds for theatre. Following his impressive success on Broadway, New York native Astin shot to global fame through his role as acapella aficionado, Jesse Swanson, in the wildly successful Pitch Perfect franchise. Ever faithful to his musical theatre background, the actor has now turned his hand to recording his own music, making time to speak to Man About Townwhile recording “Male-or Swift” covers and daily COVID swabs in a wintery Vancouver.

In the show, Zoey’s life is soundtracked by other people’s thoughts. If you had to pick one artist to soundtrack your life, who would it be?

Billy Joel is jumping out to me right away. ‘Summer Highland Falls’ is stuck in my head a lot. I love his poetry, his ballads, his rock and roll stuff. I grew up learning his music on the piano so he definitely holds a special place for me.