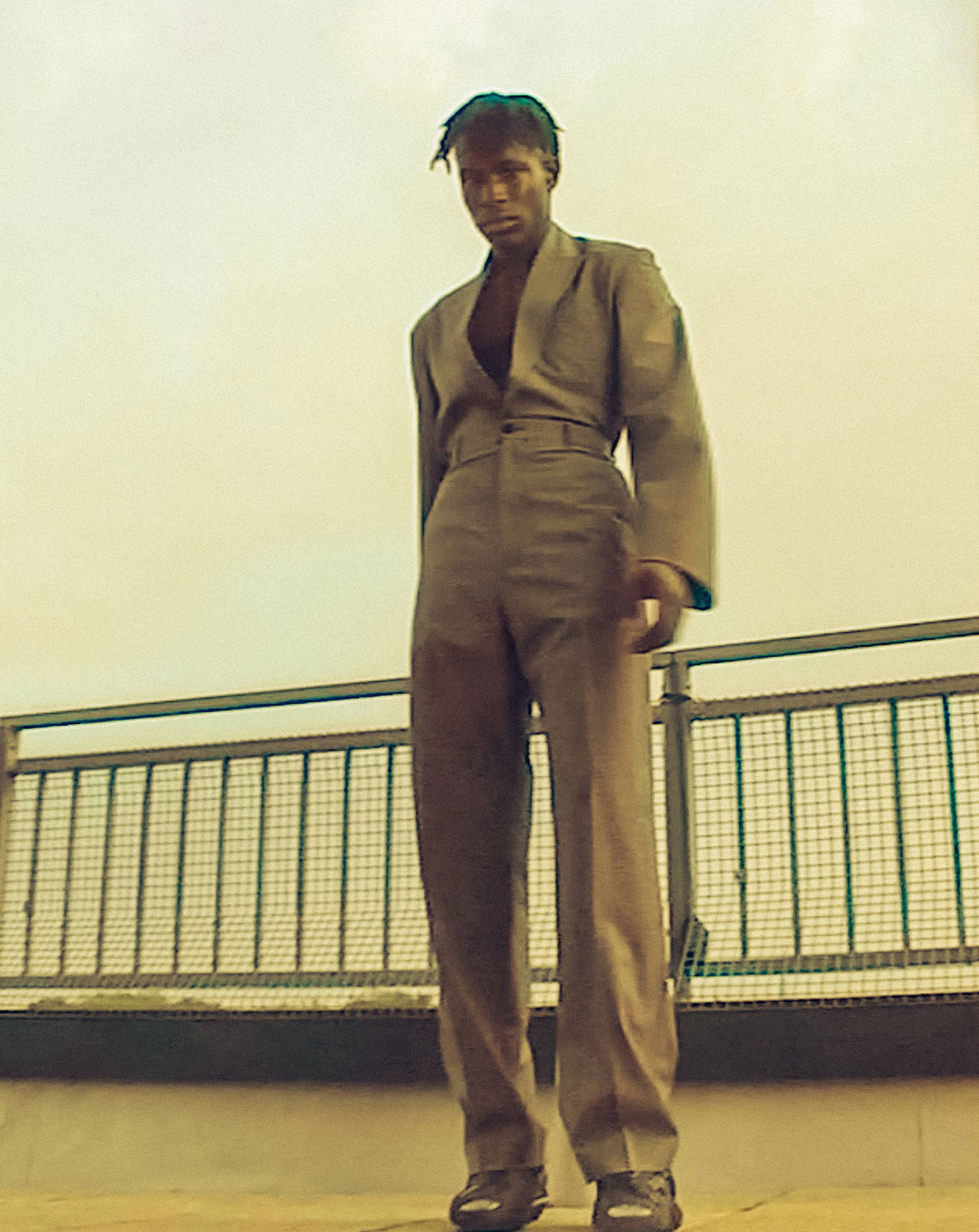 Chasing the Flame
Greek mythology’s ability to inspire a creative process knows no bounds. For this Man About Town fashion editorial, Antonio Eugenio took a fascination into the fable of Icarus, who attempts to escape from Crete with his father using wings made from feathers and wax. In particular, Eugenio wanted to explore the idiom of “Don’t fly too close to the sun” and how that could translate in a modern world.
Eugenio is a photographer who prides himself in finding beauty in the uniqueness of things. In his own words, here’s how Eugenio created a compelling narrative for creative team behind this shoot.
THE VISION
Like Icarus, I wanted to illustrate a frantic escape and fall of our subject. The mad race that we live in search of our inner selves puts us in a dangerous path and an unrestrained journey. This story follows the peril of our subject in an industrial landscape, on a motorbike (the modern version of Icarus’ wings), through imagery prevailed by the colours of the flames.
THE MODEL
In this particular story, I was aiming to tell a story with a really strong cinematic point of view. Capturing it was more than a strike the pose moment. I directed Dylan by telling him the story I was aiming for. On set, I directed through a succession of actions for him to do so it was more an acting than a modelling moment for him. He was really receptive to the direction and I've been impressed by his skills to put himself in situations with such short time to be prepared for it. The location set and lighting also really helped him as well to be in his character.
THE STYLING
Through the pictures of this story, there is a purposeful progression shown through the styling. We started with long and more "rigides" silhouettes (Balenciaga, Yves Saint Laurent, Gucci) to illustrate the part of the story where our subject is still in a peaceful and calm mind. When he gets into the mad race and reaches the “flames", stylist Saik Gonzalez put Dylan in pieces more flexible but with daring textures such as leather (Moncler) and latex (Dunhill).
THE HAIR TREND
For the model’s hair, we wanted a shift between the two main parts of this story. As our character transitions between being lost and looking for himself, we see the same transition through the hairstyle. We went from the very pure and minimalist styling to the dreadlocks getting crazy, drawing on some ’90s rave vibes. 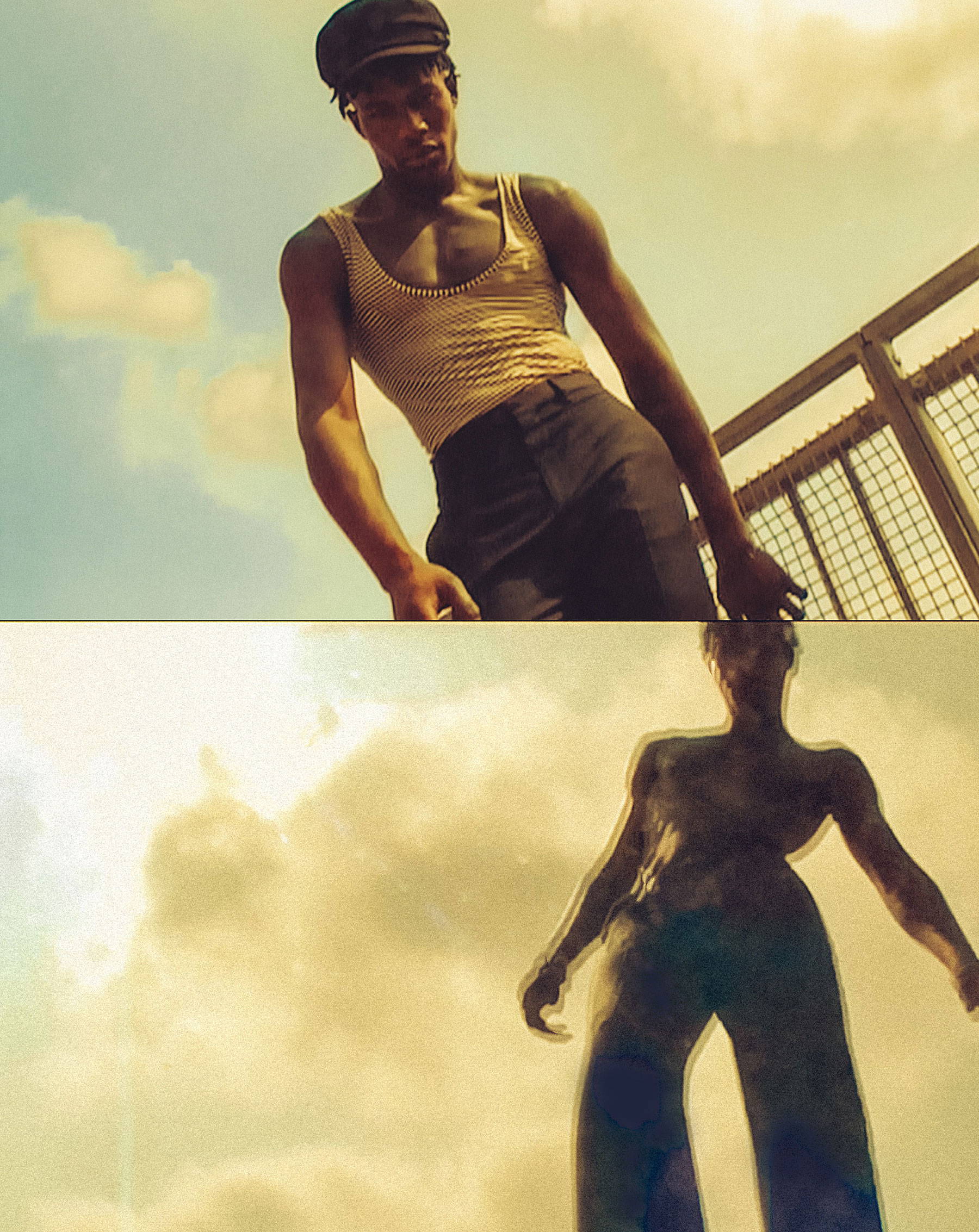 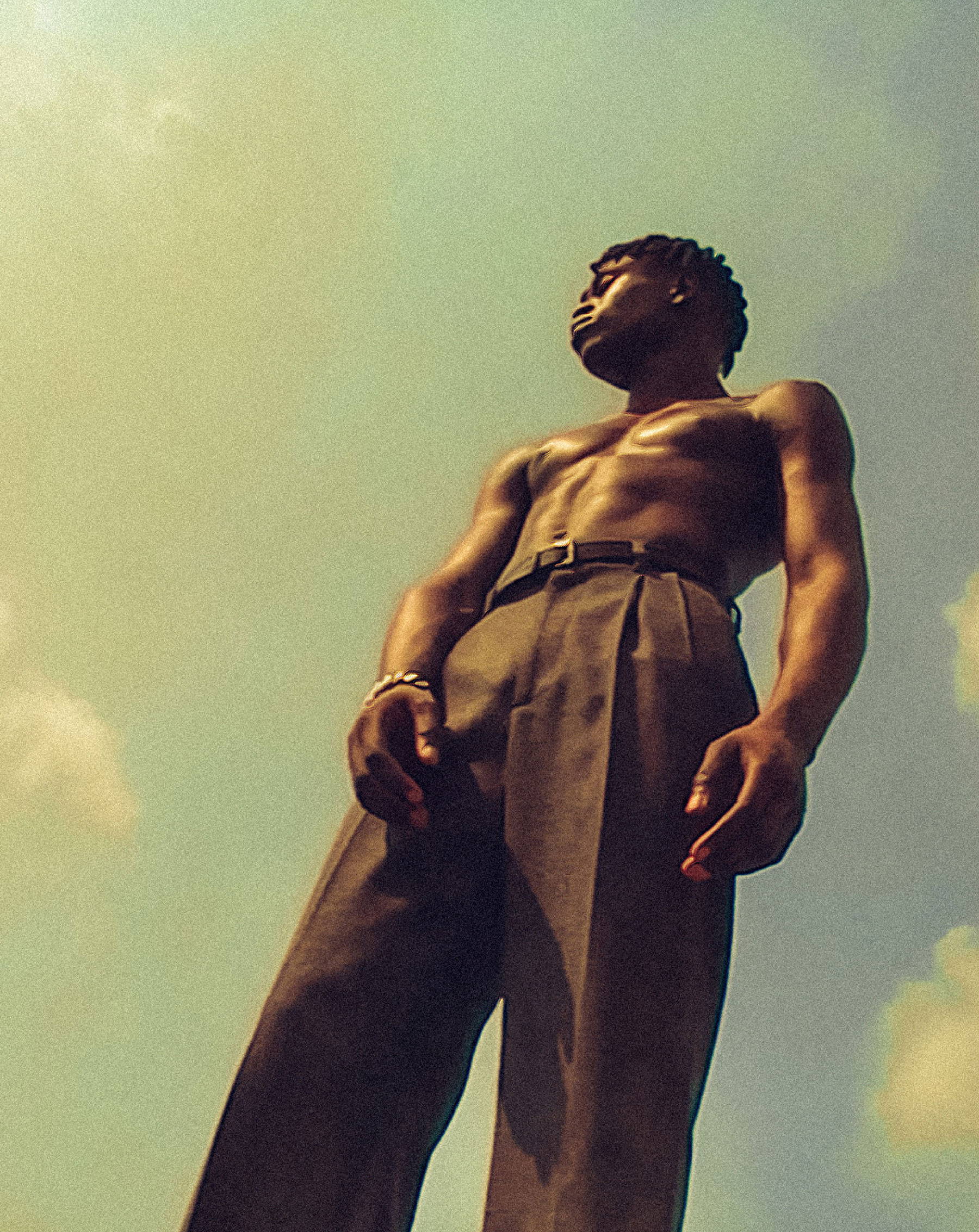 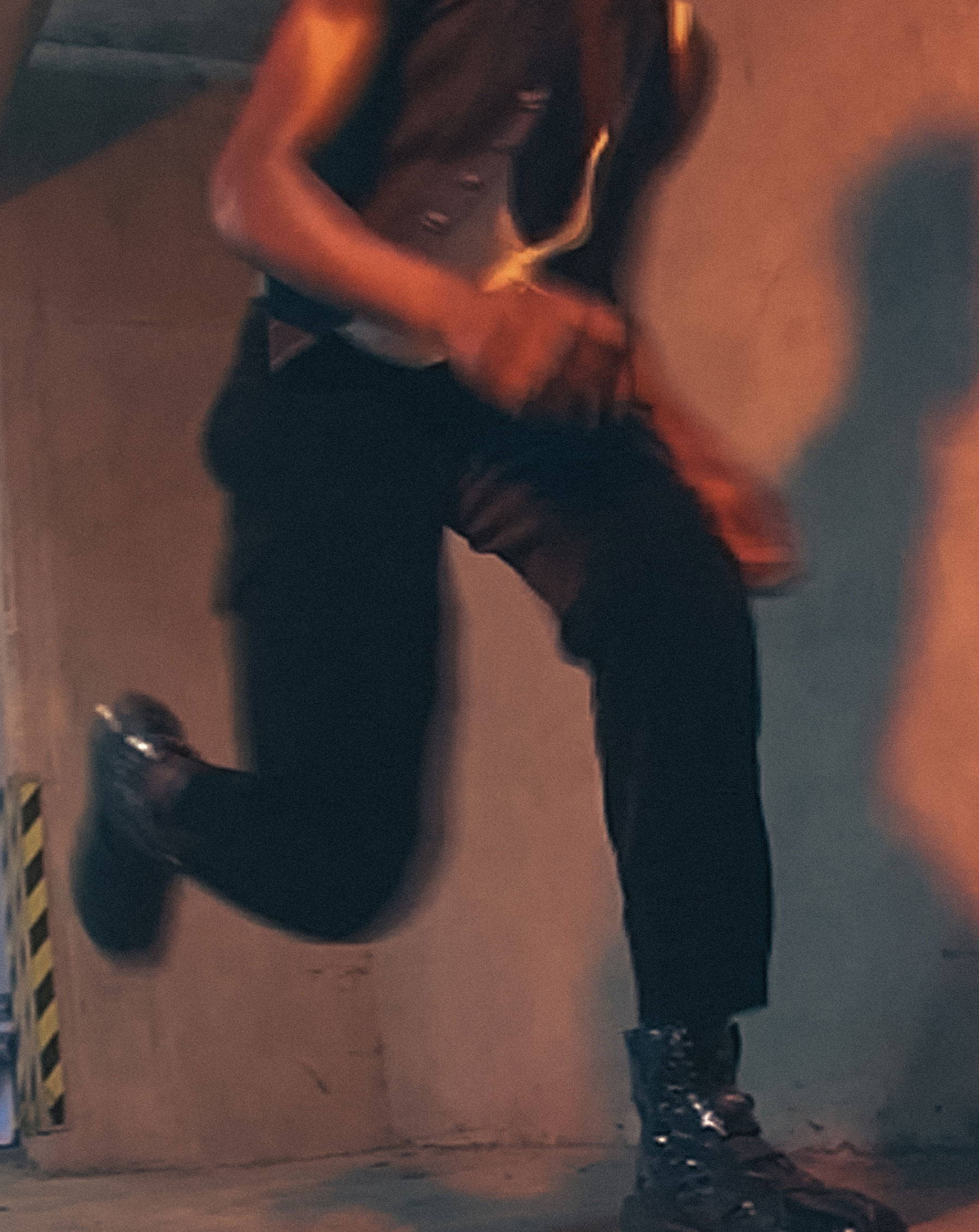 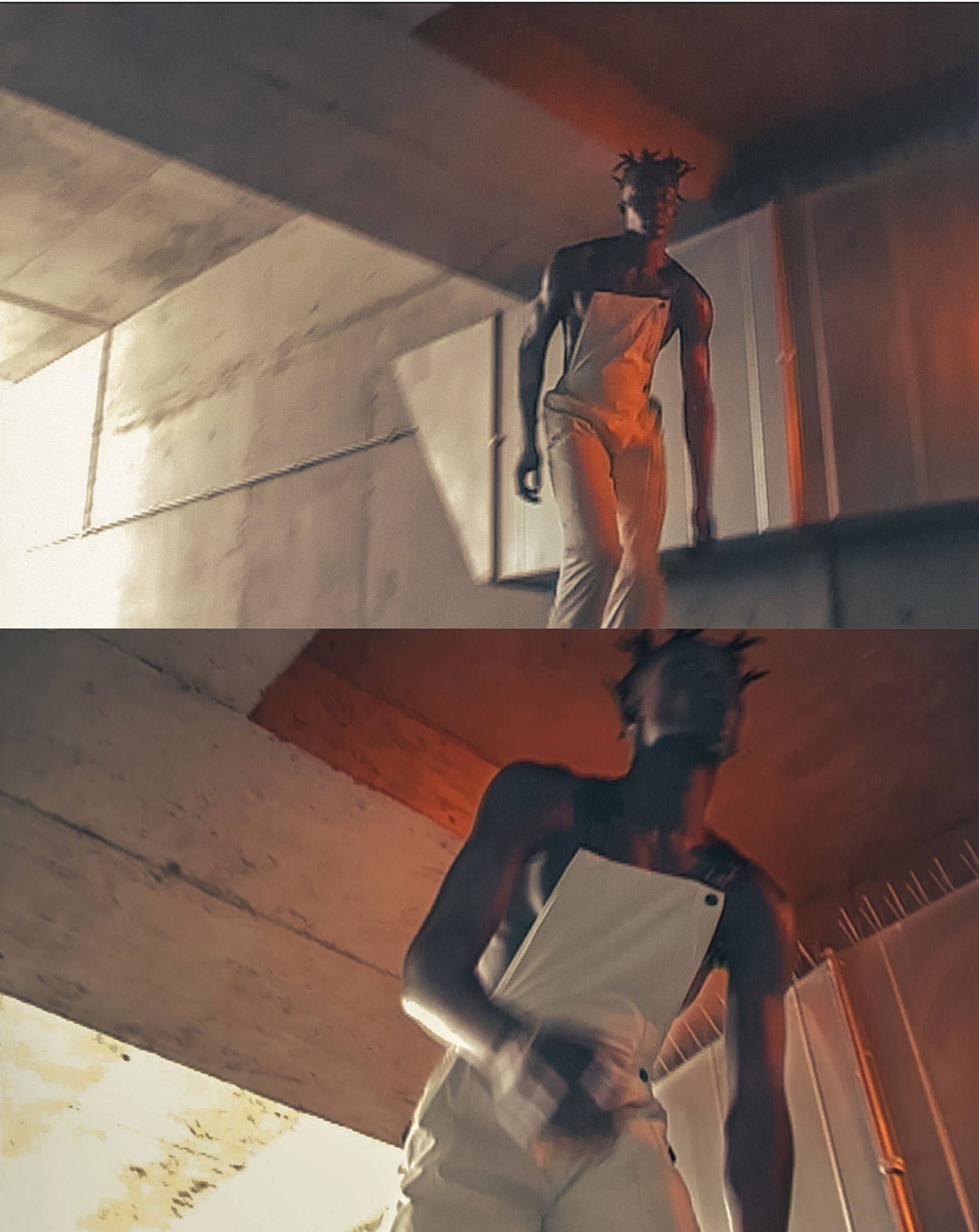 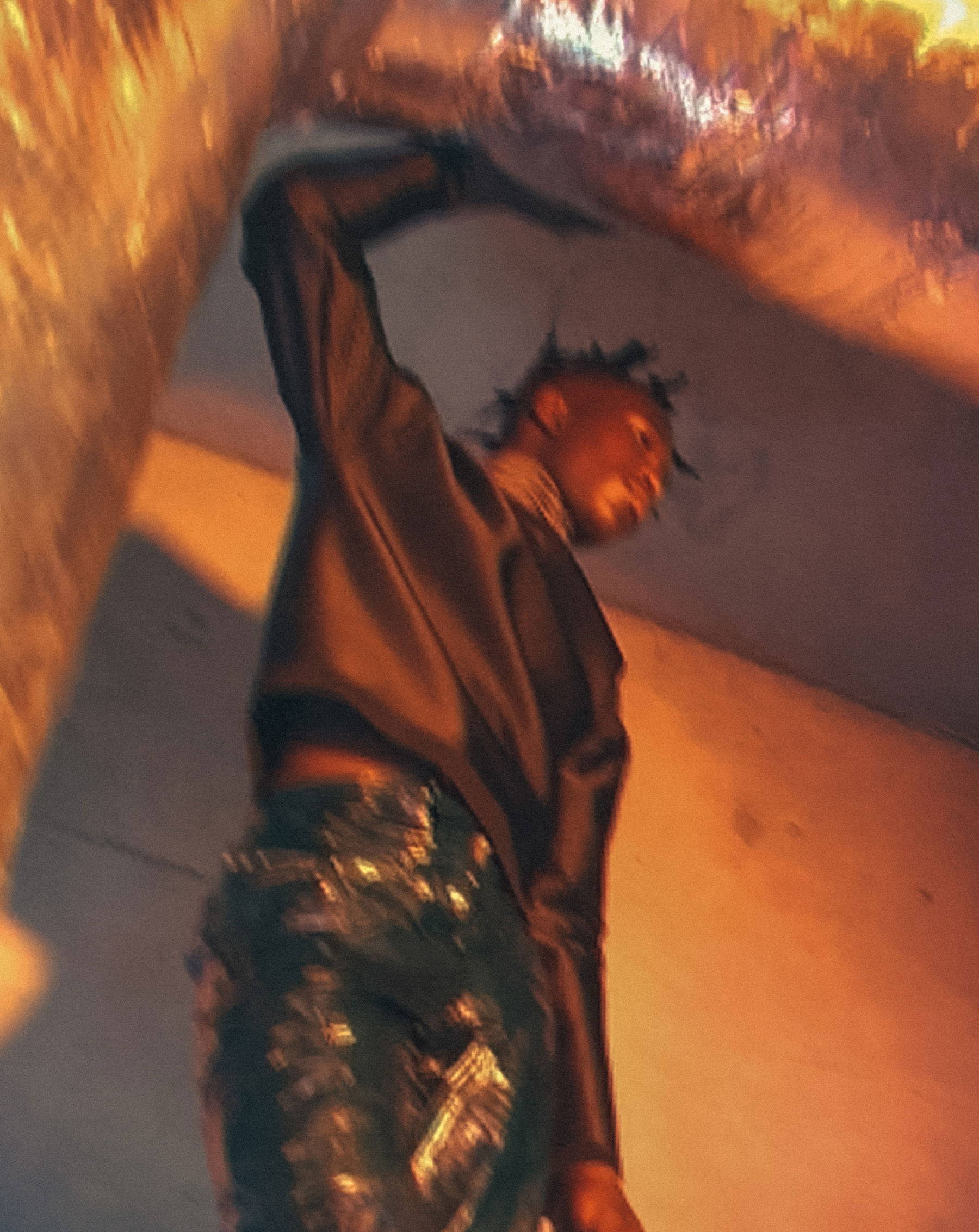 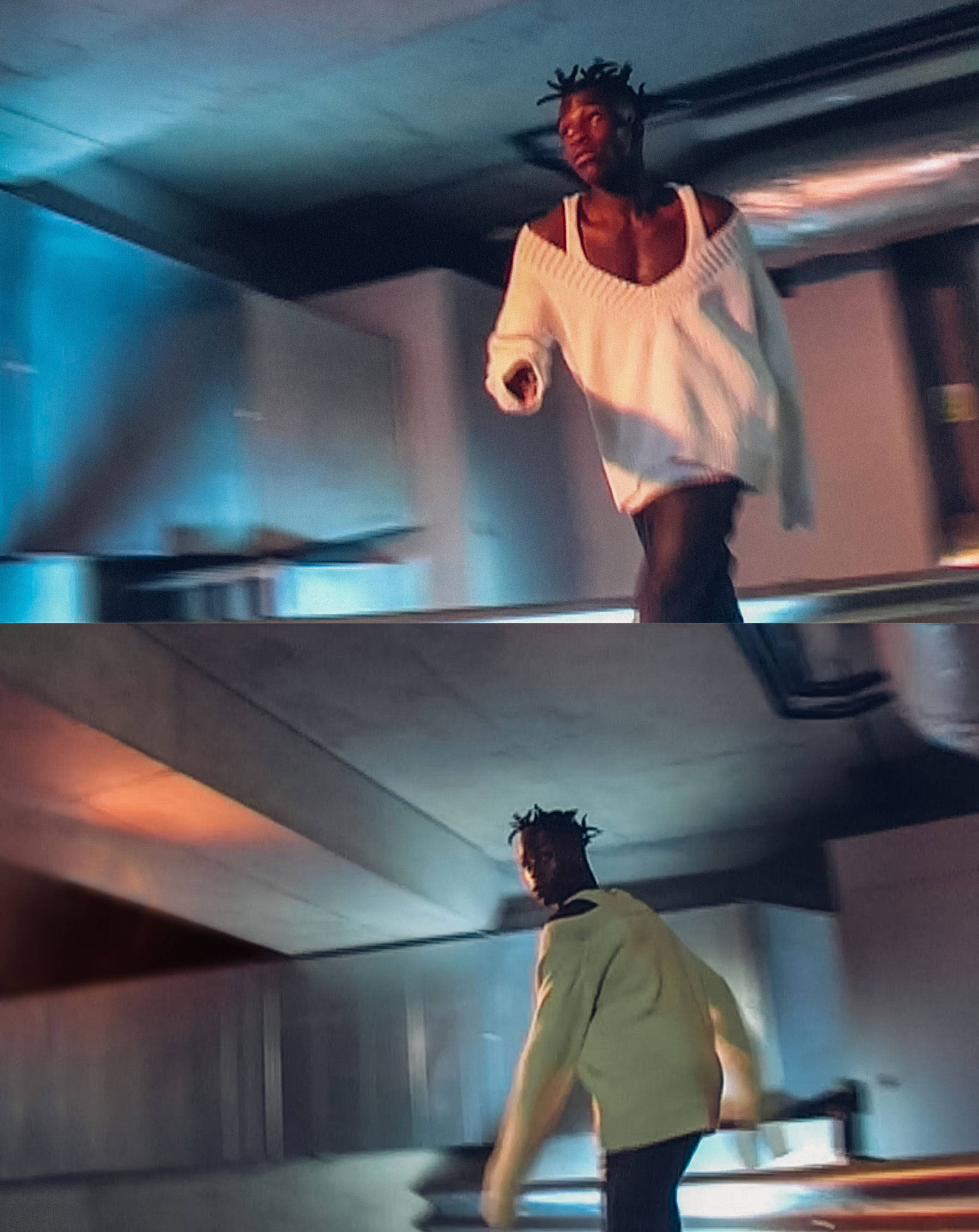 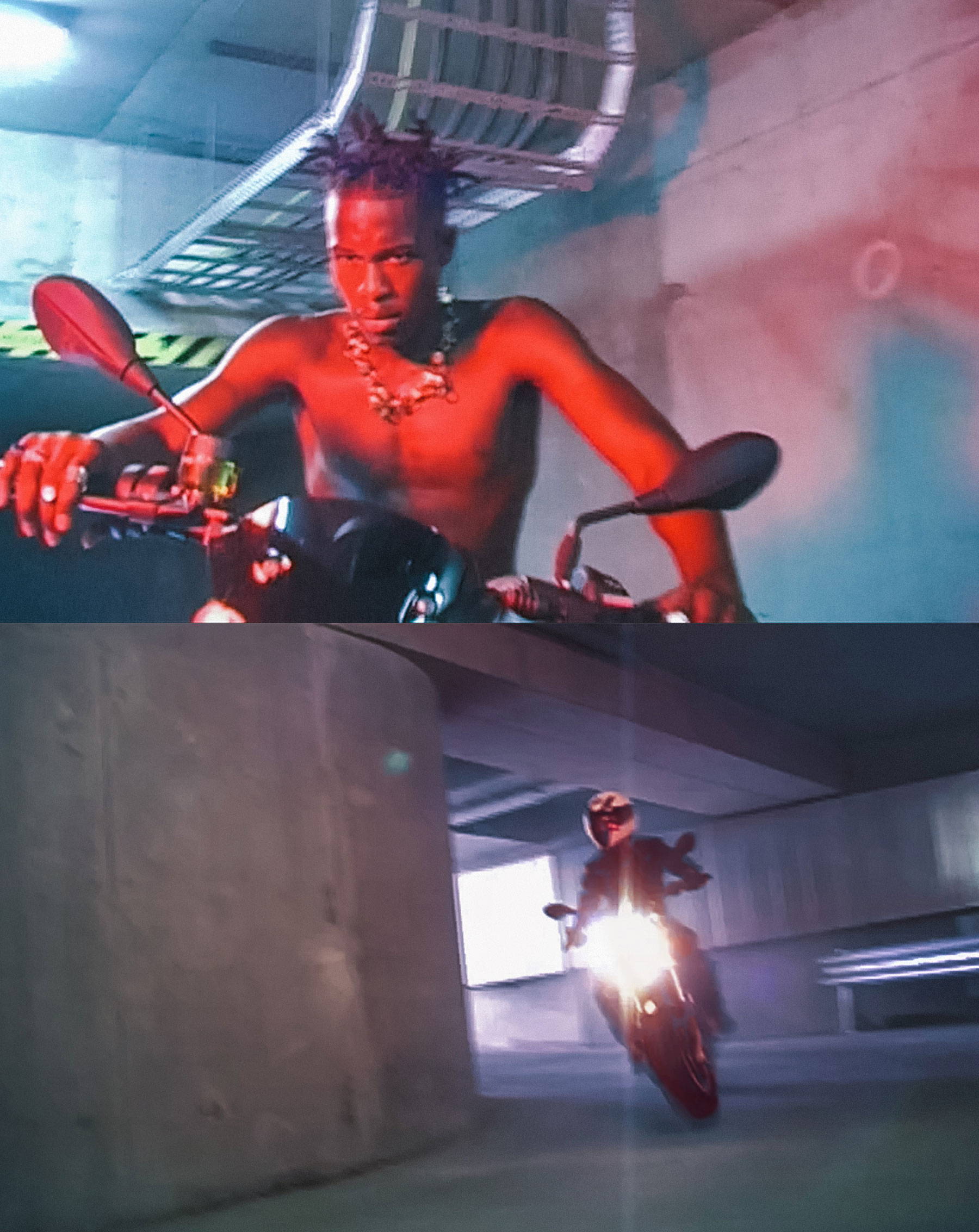