Toby Wallace on his affinity for the antagonist and wreaking havoc in Danny Boyle’s upcoming series, Pistol 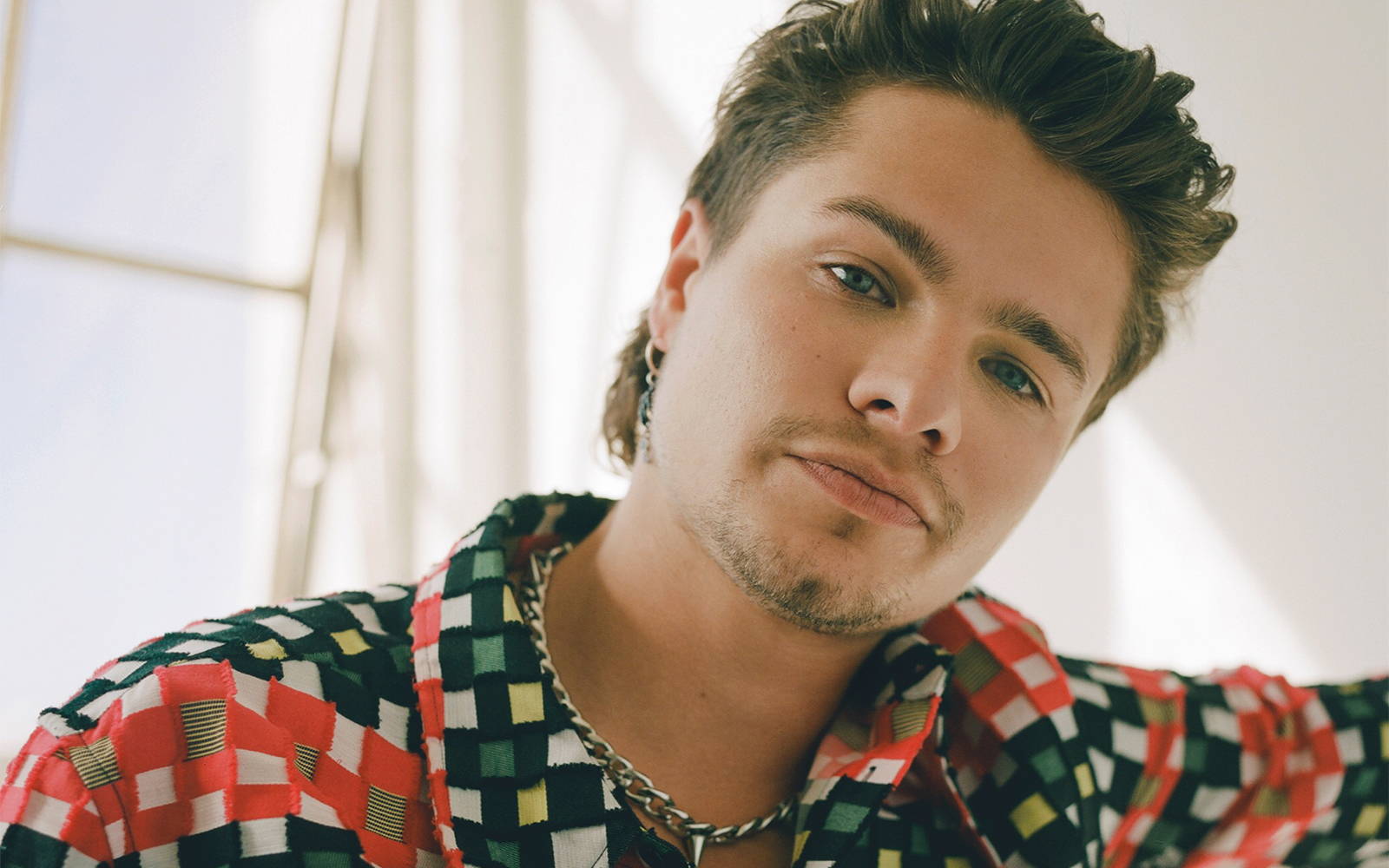 At our most impressionable in early education, the guidance we receive really sets the tone for our perspective on the world. Late homework is met with disapproval, misbehaviour with scolding words and if you don’t know what your career path is yet, then why don’t you?

While its intentions are constructive, the discipline of our schooling years can often leave a bitter taste in your mouth if you’re uncertain of what lies ahead, adding an insurmountable pressure to life beyond the school gates. For the British-Australian actor, Toby Wallace, his childhood was just that, a camera in hand, documenting his life, turning his attention to the screen, rather than to the textbooks. Perhaps that’s why the performer has migrated towards more antagonistic roles on screen, renowned for his role as the roguish Moses in Baby Teeth, to the film adaptation of Erik Jensen’s award-winning biography of Adam Cullen, in Acute Misfortune. 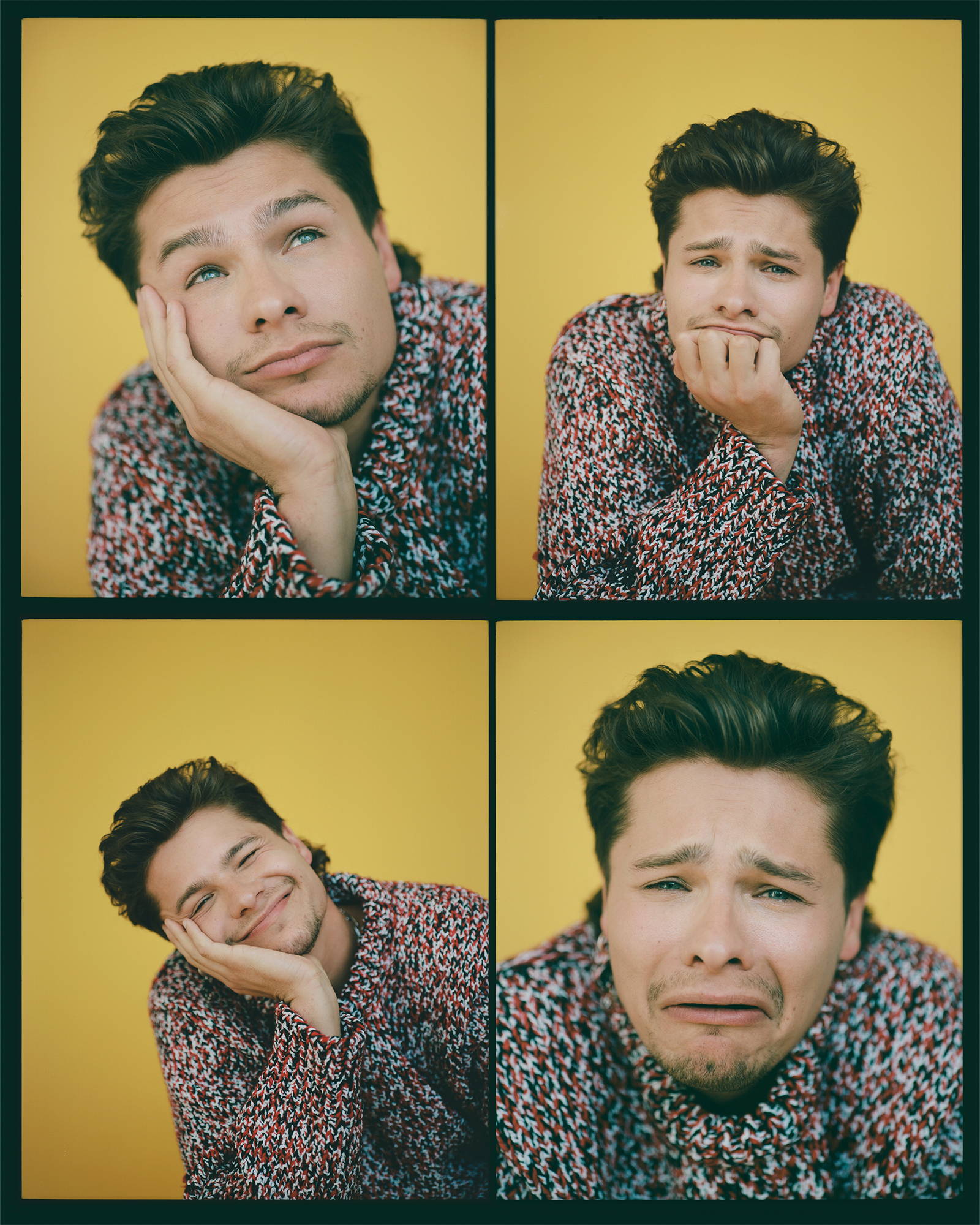 Through each of Wallace’s roles, there is something inherently present about shaking the establishment to its core, and giving a voice to those often marginalised by society. In his next major performance, Wallace is set to play the infamous guitarist of the Sex Pistols, Steven Jones, narrating a life of noisy, working-class kids, deemed to have no future, turning out to be one of the most influential bands in history, sending seismic shifts through society and its stifling structure.

Migrating from London to Australia at the age of ten, Wallace reflects on his early introductions into the film industry, using his conflict with the schooling system to champion a voice for those who sit on the borders of society, often overlooked and disregarded, but with a voice deserved to be heard. 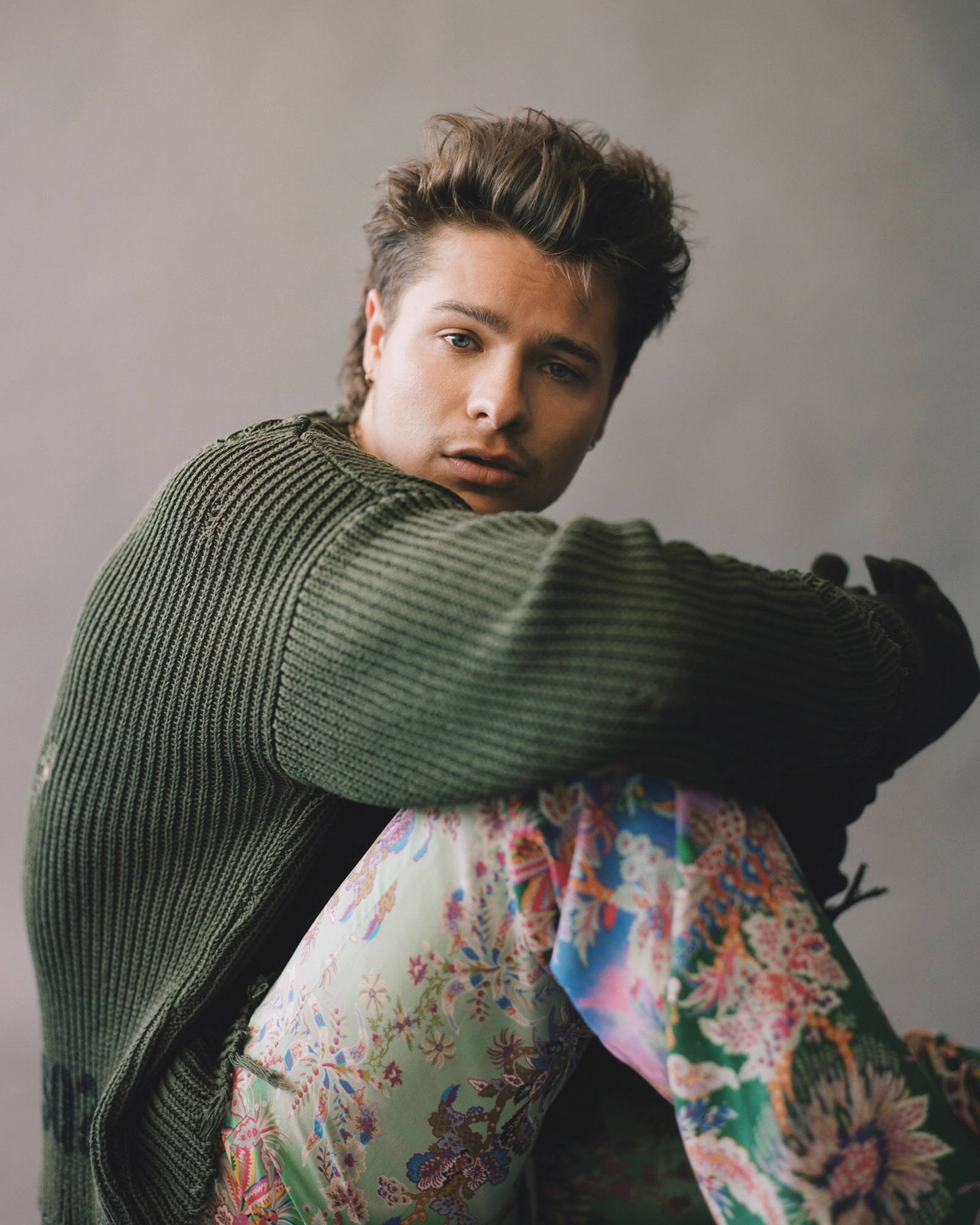 Jamison Kent: Toby, it’s great to meet you. Let’s take it back to the beginning. You moved from London to Australia at a young age, spending the majority of your childhood in Melbourne. Can you describe what your childhood was like there?

Toby Wallace: Melbourne was a lot of fun. I grew up in the suburbs in a place called Wheeler's Hill and I had a great childhood, but I hated high school. I didn't like going to school, I used to miss a lot of classes and miss assembly whenever I could. I was probably one of those kids who used to sneak behind the shed and go smoke cigarettes and do all that stuff. I was really good at school with work I could remain concentrated on, but I’ve always thought maybe I’m a little bit ADHD or something because I could never really concentrate on that much - and I was dyslexic so I always needed stuff repeating to me. School was definitely a hardship, but I was the kid running around with a video camera making short films and getting my friends to act in them. I was obsessed with this camera that my Dad had won in a competition that I would just film everything on. I remember getting boxes and making tanks, using flour to create little explosions. We even did our own version of Jackass, but called it ‘Dumbass.’ I started getting into acting when I was 14 and really enjoyed it. I loved films, I loved skateboarding, BMX, and fireworks. I loved a lot of creative stuff. Right after primary school, I started doing these drama classes outside of school, just because my brother had been doing them, and he really enjoyed them. So I went in for them. And then the acting coach who was at the drama class saw something in me. He put me forward for auditions, because there was a management company that was connected to the class and then I started getting jobs through that.

JK: Is that when you decided that you wanted to seriously pursue acting? Or was it when you were young and doing the home videos that you kind of had your first taste?

TW: I guess they coincided a bit. WhenI got my first film through an audition, I freaked out about it. I was so ecstatic. My mum had to come with me for the first couple of projects because I was so young but I remember her saying to me years later, ‘I was so worried because you had such a hard time in school with paying attention and it was going to be the same on a film, but you’re like a completely different person.’ I remember the first film I did, the director was really nice to me, he'd have me beside him at the monitor for every single scene explaining things to me and I was really in love with it.

JK: A lot of your work so far has been in the format of short films. Is that something you gravitate towards?

TW: A lot of the short films I’ve done in Australia, they're usually first-time directors or second-time directors who have just come out of University, studied directing, or they're in university. They're really passionate, and they're trying to make something original. They're trying to find their own way of telling stories, but it was great practice too for when bigger stuff came along. It was always a lot of fun, because it was a great kind of playground to play with ideas.

JK: How do you prepare for a role, especially roles that are emotionally heavy or sensitive or about sensitive topics like in Acute Misfortune and Baby Teeth?

TW: I'm drawn to stories that really mean something to me. Roles that are emotionally heavy or sensitive really allow you to dive into yourself as well.

JK: In Acute Misfortune, you played Erik Jensen, who co-wrote the film screenplay. Did you feel any extra pressure playing someone who was still alive and so involved in the film?

TW: Absolutely. It scared the absolute shit out of me, I was terrified, but Eric was such a lovely guy, just really welcoming and very helpful. I met him a few times, we talked about the script and his life. But there was obviously an enormous amount of pressure. I always feel the pressure, going on to a job.

JK: You'll be starring as Steve Jones, the guitarist in the Sex Pistols in the upcoming series Pistol. What interested you about the role?

TW: When the role of Steve Jones came up, there was no script attached. I just knew that Danny Boyle was attached to it and Danny has been my favourite director since I was a kid, so I freaked out about that. After the first audition, they sent me a bit more material on who Steve was, and then I did a bunch of research. Steve's a fascinating guy, so it became a no-brainer. He’s the coolest guy you've ever seen in your life, but at the same time, super vulnerable, very sensitive, and incredibly honest. But with the Sex Pistols, I had no idea about them really, it was way before my time. I knew their main songs because they get played in movies and stuff. I knew about the movement that surrounded them, but now I’m a huge Sex Pistols fan and I know an insane about about England in the '70s. I got to meet Steve too; we were walking together around Beverly Hills a handful of times and we chatted a lot about his life, what he was going through when he was a young guy, both emotionally and his experience of being in the Pistols. And he gave me my first ever guitar lesson, which was insane.

JK: What was it like working with Danny Boyle?

TW: He’s just incredible. He really is all about empowering his actors, he doesn’t like to step on anyone's process, he wants the actors to make their own decisions and their own choices and have their own perspective on the story and the character. He was one of the most giving directors I've ever worked with from the audition to on set.

JK: So what can we expect from Pistol?

TW: An epic journey following a group of working class nobodies, to one of the most influential bands of all time, and the evolution of culture. It’s a really heartfelt story about trauma, anger and a mis-represented generation. 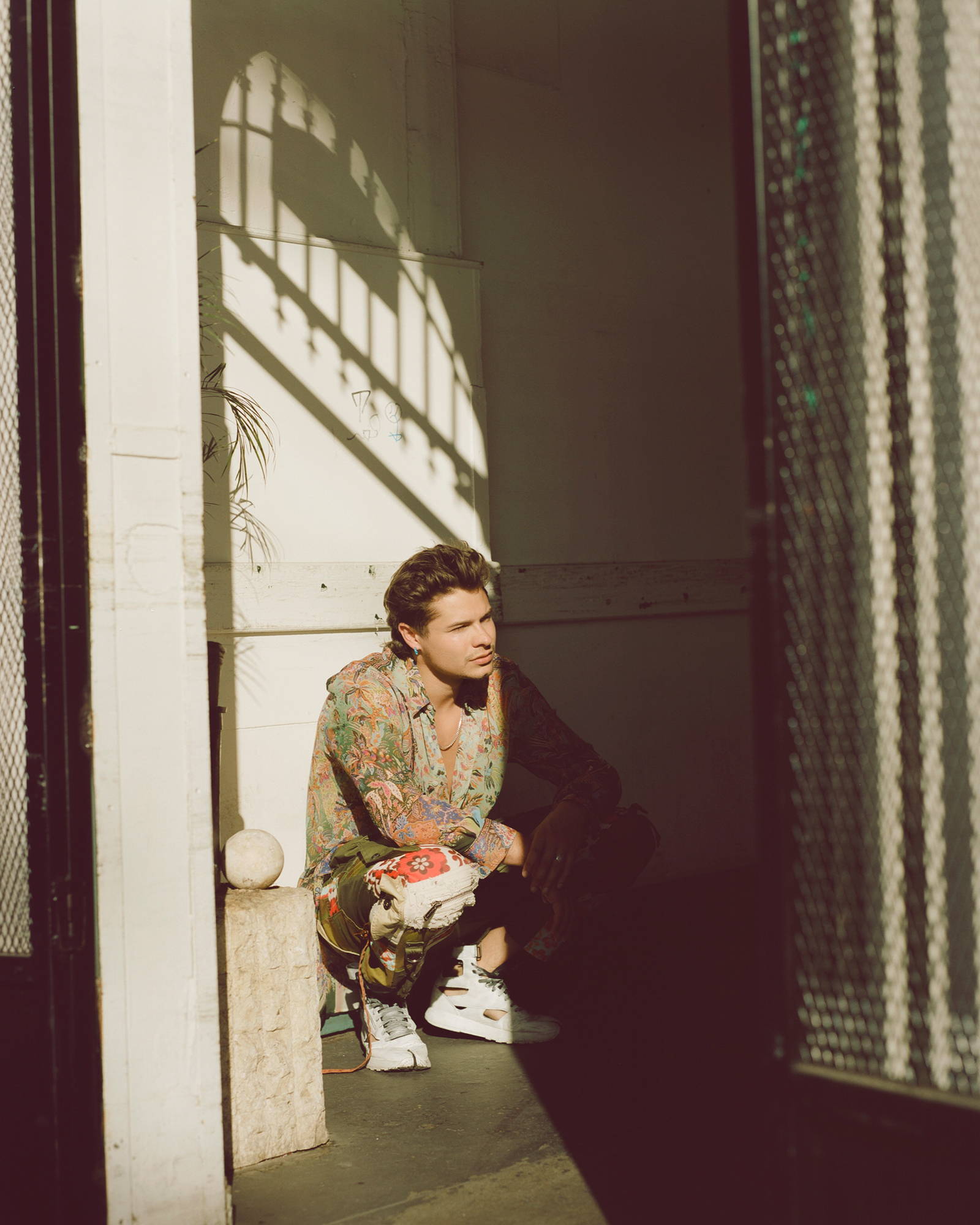 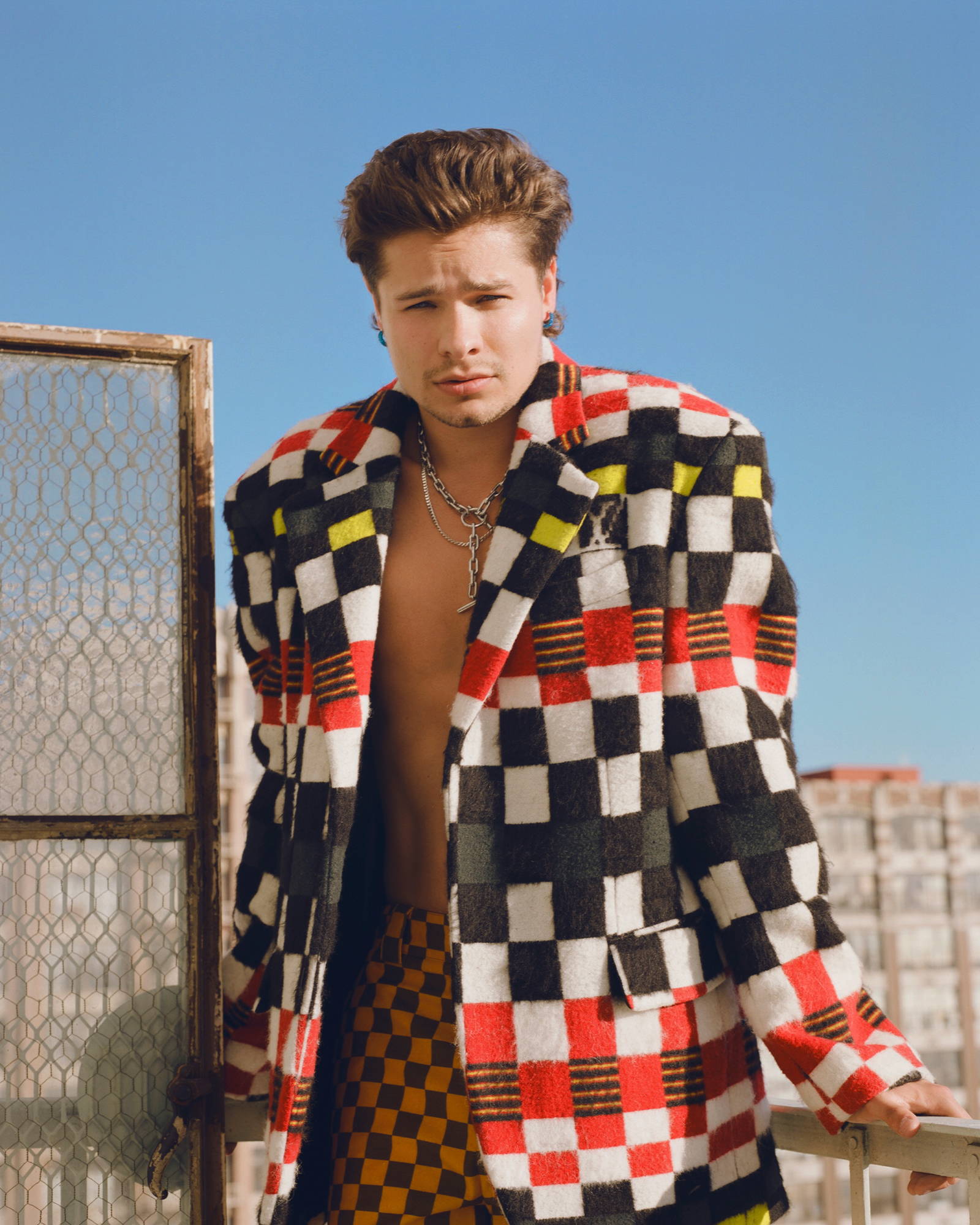