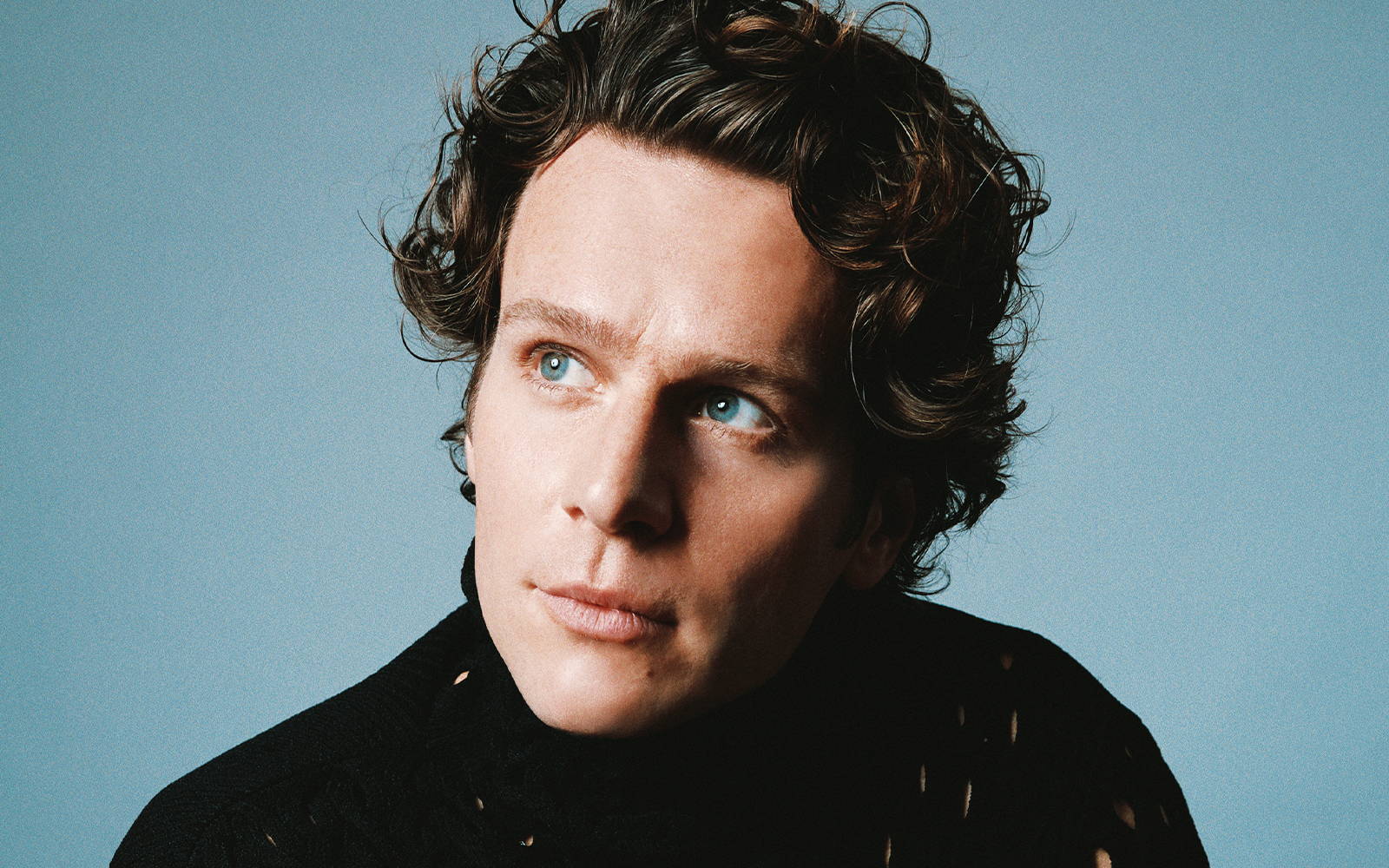 Jonathan Groff has frozen and keeps tripping out on my screen. We both laugh, appreciative of the irony given we’re catching up with the Frozen star about his role in the much-anticipated new Matrix film.

Once we finally overcome technical issues, the 36-year-old spots we are both proud owners of exactly the same Beyoncé merch – a black sweatshirt with ‘SURFBOARD’ written in pink.

We discuss Groff’s incredible musical career to date and how it all began before turning our attention to The Matrix Resurrections. 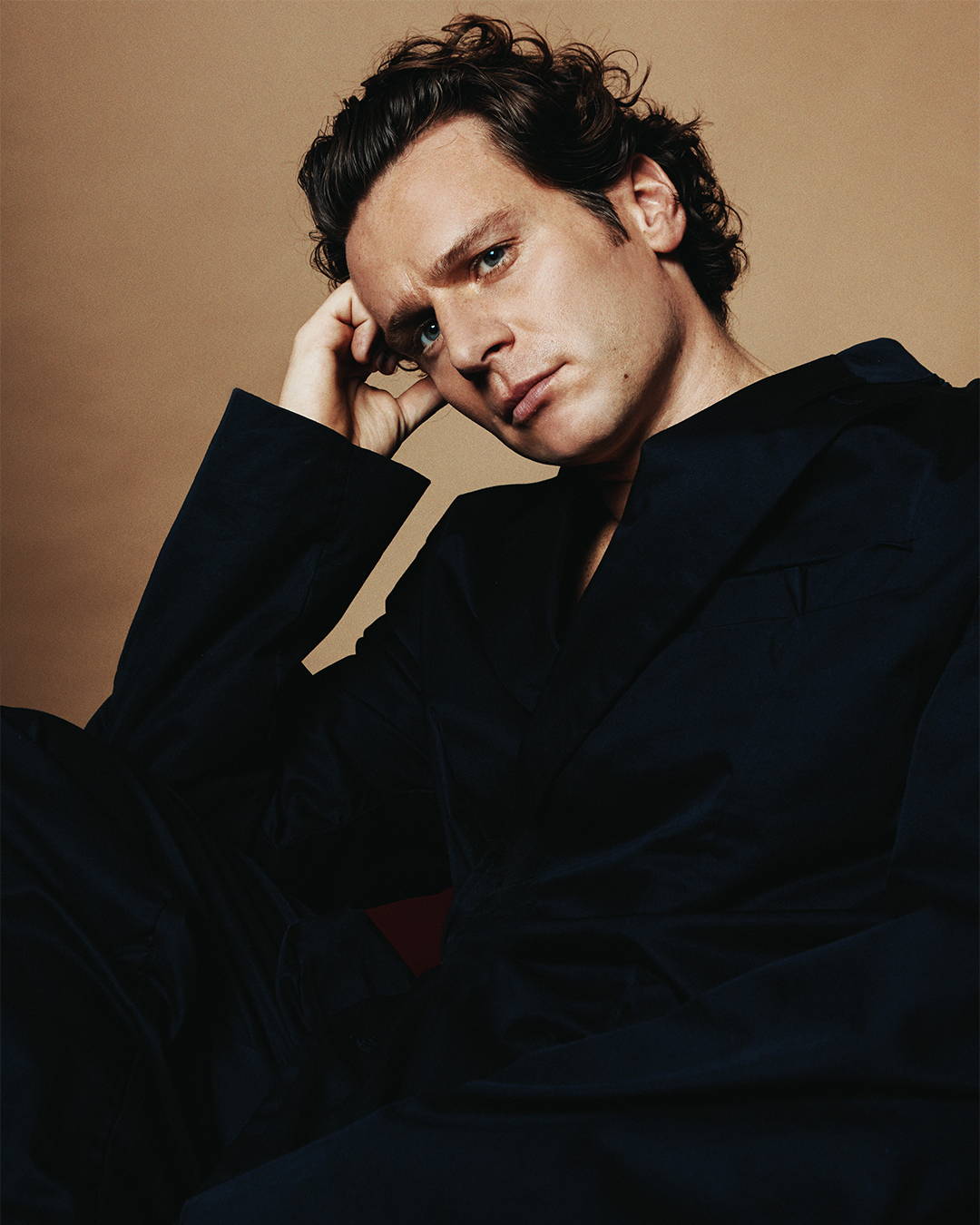 On how he spent COVID
Lockdown was kind of life-changing. I got a house right before COVID right near my dad's horse farm. My dad trains and races horses for a living. I knew I wanted to always go back to Pennsylvania at some point in my life to be near my family. And when I was living there with my friend Katie during COVID, I had this dream in the back of my brain through the years that I wanted to turn my dad's horse farm into an artist retreat. Being there and re-falling in love with the Amish landscape and the stars and nature fast-tracked this whole thing. It was a huge realigning moment for me. I also did a movie club with my friends where we would watch classic movies and we did it for an entire year. Bertoluci’s 1900 was a very polarising movie. I remember there was some members of the group that really went with that, and then there were others that were not going with it.
On how his upbringing shaped his acting career
It's a combination of growing up in this idyllic, natural environment where the summers were spent with my brother and our friends putting on plays in my dad's barn. I was Dorothy in the Wizard of Oz there and we were running through the fields and it was very free, open and creative. Then on the flip side, I understand how much doing community theatre and high school theatre. Acting was a culmination of joy and at the same time, it was great kind of therapy and an outlet for self-expression so growing up in that conservative area allowed me great freedom and creativity, but it also was quite repressing in certain ways, which I think is why I reached for acting.
On finding out he’d been cast inThe Matrix Resurrections
It was total disbelief. I was doing Little Shop of Horrors off-Broadway, playing Seymour, such a musical theatre nerd character. And I had gone on my day off to meet Lana and audition for her and talk to her. A couple of weeks later she called me and said, “Hey, so we'd like for you to be a part of the film and just wanted to check in and see if you'd be comfortable with learning Kung Fu as it's going to be quite physical.” I was like, “Yeah, I have absolutely no experience but count me in." We hung up and I felt like, well, this isn’t happening. Then I put on my glasses and my nerd outfit and sang my songs and it felt very distant. Then slowly, I got a trainer in New York while I was doing the play. I'm training five days a week to get ready for the fight training then two months later, I land in San Francisco and walk into like the training tent and the first person I see is Keanu doing high kicks. I was like, “Oh my God, where the fuck am I?” I just totally fell in love with the training, it was like learning dance moves in a way. The physicality, learning the choreography, I was super into it. Then before I know it, I’m doing a fight scene with Keanu Reeves. It was like a state of disbelief all the way up until we were actually shooting and doing it. And it was the most surreal, incredible experience.
On first meeting with Lana Wachowski
We met in San Francisco for my audition at the Fairmont Hotel and as I was walking through the hallway, there’s this poster of Looking because we shot in that hotel. So I went up to the room where she was doing auditions and her wife was there and we had a creative personal heartfelt dialogue before we did the audition material. I talked about San Francisco and I talked about Looking and I talked about identity and owning identity. She has a lot feelings and experience in that so funnily enough, Looking and San Francisco was a real part of my connection with Lana initially.

On playing Agent Smith
I didn't go to work thinking about the legacy of The Matrixand the legacy of Agent Smith... as Lana made it clear that it was new programming. She didn't want an impersonation of Hugo Weaving. We were looking to explore different territory and have fun in doing that but there were still elements of the brutalism so I would go home to my hotel room in San Francisco and put on The Matrix movies and I would have it kind of subconsciously playing in the back of my head because I wanted it in there. But then when we got to the moment of playing the scenes and playing the moments of the beats of each particular interaction, I had a blast exploring the way in which the people we work for, like the character that I am in the beginning. The first line that I have in the movie plays with this idea of the corporation that we work for and inhabiting that energy and inhabiting that smooth, cynical, but seemingly warm capitalist vibe in a suit, that this is kind of a version of what an agent is now to us in our world and living in that headspace and then getting to express what in many ways is the kind of brutal quality of those people as it's articulated in what ends up becoming a connection to the brutalist energy and physicality of the Smith that we know from the former programming. 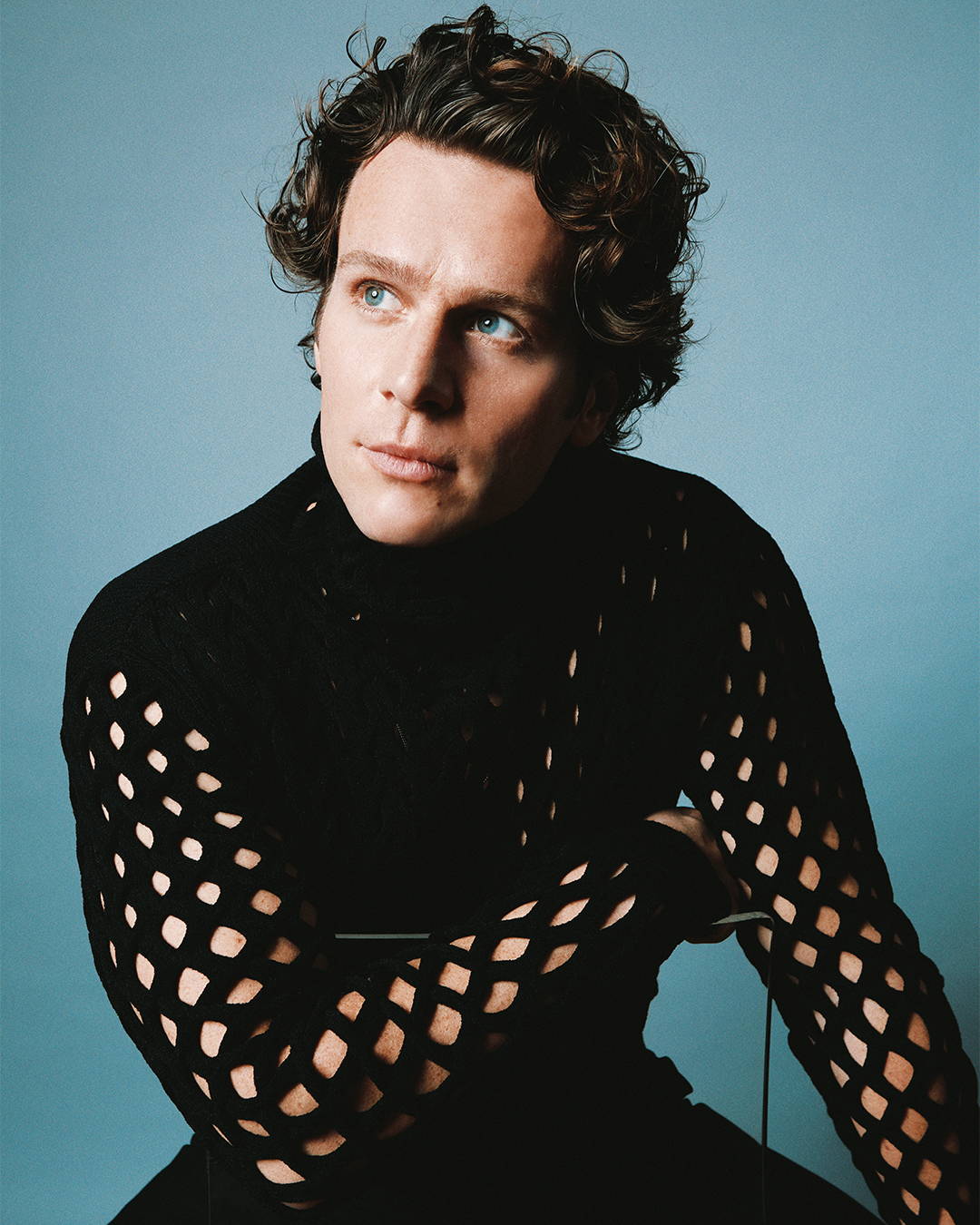