Brand Review: Yeah, I Work Out 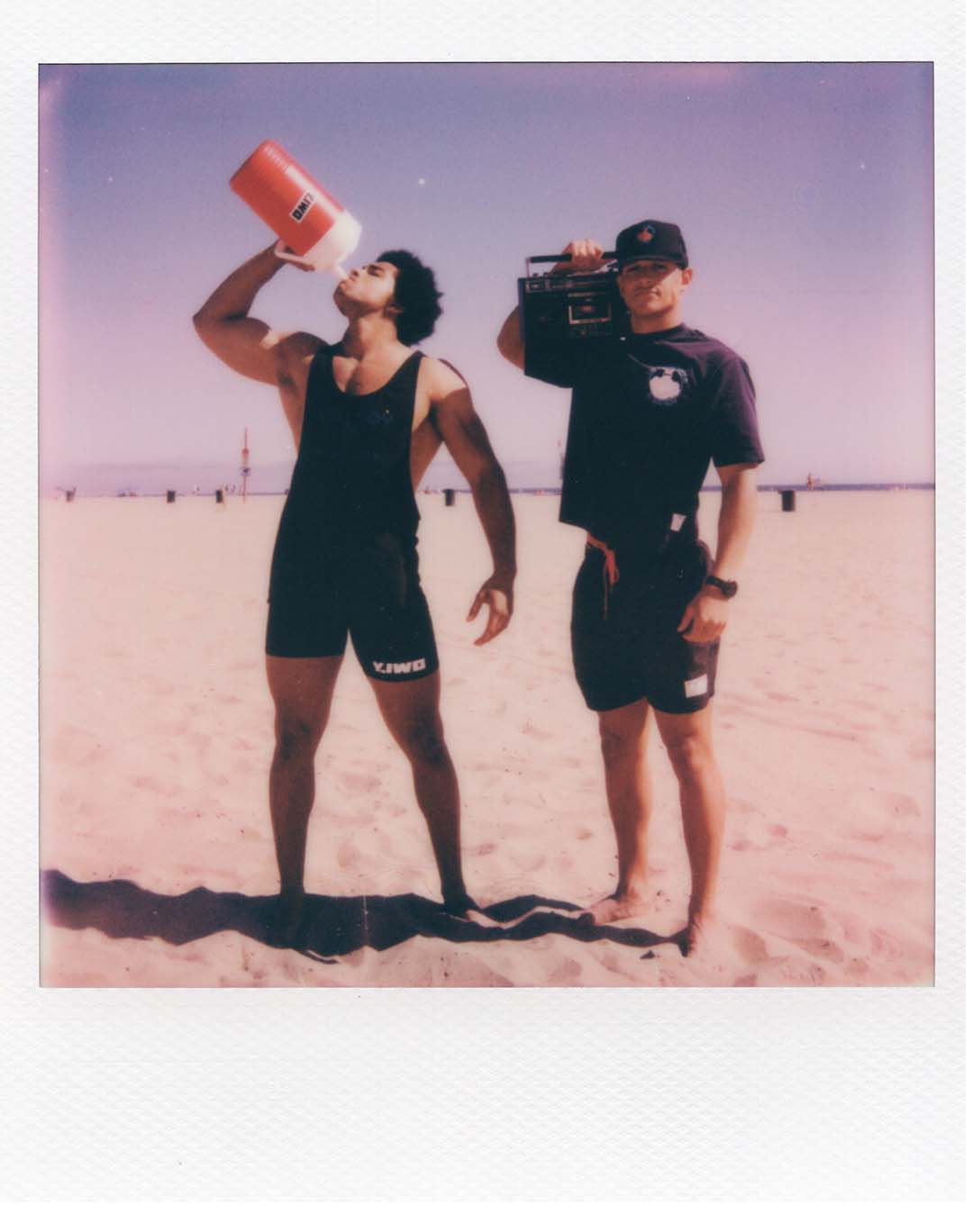 A MOMENT WITH JASON THOME OF CULT LOVED BRAND YEAH, I WORK OUT.

As more and more people are gravitating towards Yeah, I Work Out, we took a minute to chat with our friend and entrepreneur Jason Thome about how his brand has grown since its inception in 2018. 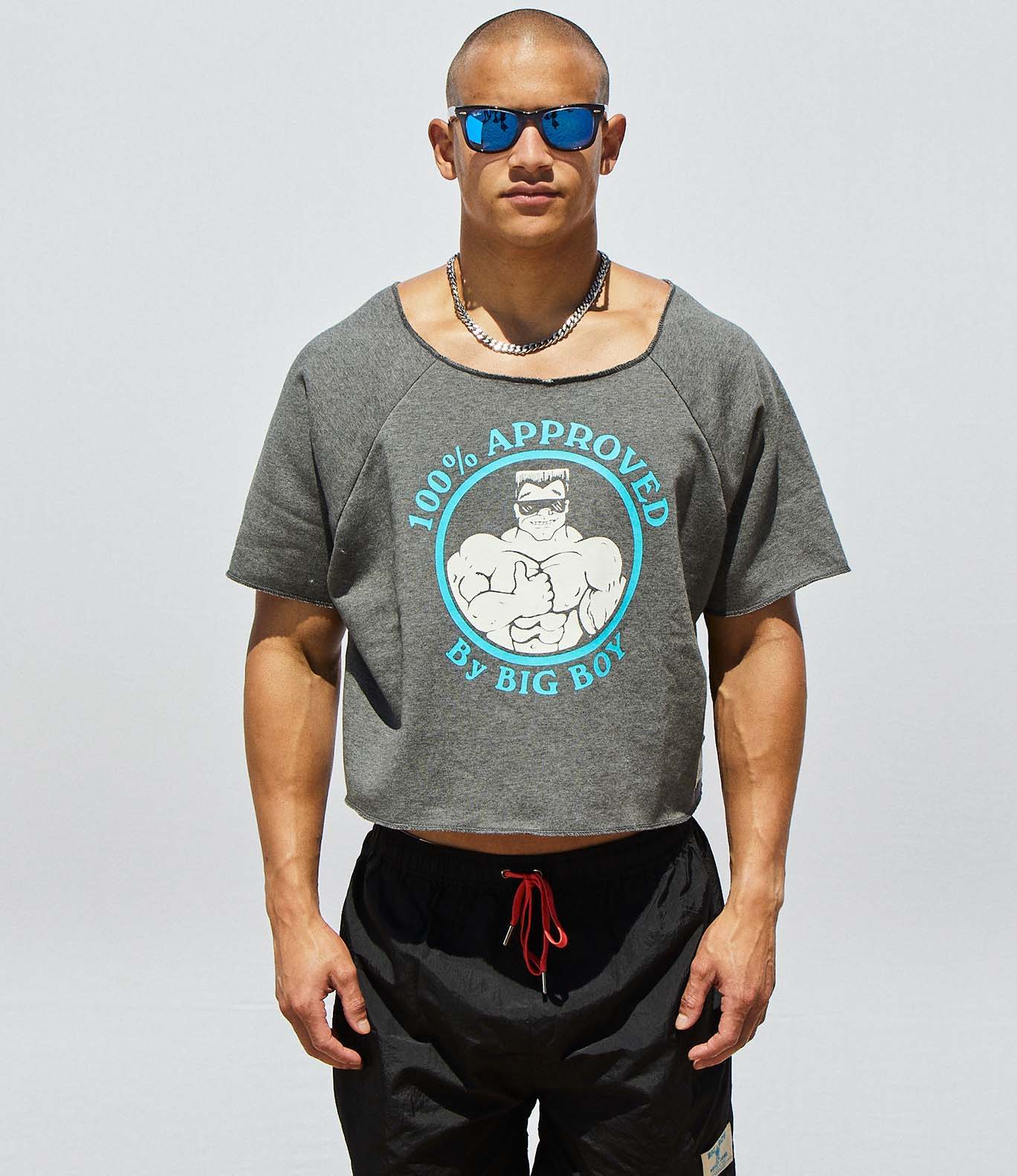 What was the inspiration behind the Y,IWO summer collection? What was the creative starting point?

I started with my love of 1980s teen romps like Spring Break, Goin’ All the Way, Hot Moves, and Hardbodies – pulling inspiration from the vision of the idyllic SoCal summer vacation those movies evoke, as well as the lazy Muscle Beach-bum spirit that Ric Drasin lived throughout the ‘70s and ‘80s.

Talk to me about your relationship with Ric and Sami Drasin. How did you meet? What’s your working relationship like?

When I started Y,IWO, I wanted to feature original artwork and talked to contemporary artists to create some drawings, but none of them had the authentic OG vibe that I was trying to capture. I had been in touch with the late Ric Drasin randomly years ago, and reached out to him to collaborate. We met for lunch at an old-school diner near his house. There were pictures of him on the wall, and all the waitresses flirted with him – they all loved him. I told him about the brand and how I wanted to honor and feature his work. He got it immediately, and we started working together. We developed an installation at Dover Street Market in honor of him. He really appreciated how we treated his work and his legacy, and wanted to work with us further. Since then, we have had several other drops featuring his artwork and this is the latest one.

Ric introduced me to his daughter Sami at lunch a few years ago. She really liked what we were doing too, and we discussed shooting something together. I wanted to find the right project to collaborate with her on, and when this came up, I reached out. Sami knows Ric’s story better than anyone, and she’s a delight to work with. It was really fun to create such a playful beach shoot that evoked her father with her, because it had significance to her beyond just another brand photo shoot.

Ric sadly passed away last year, which has strengthened our resolve to tell his story and share his artwork. 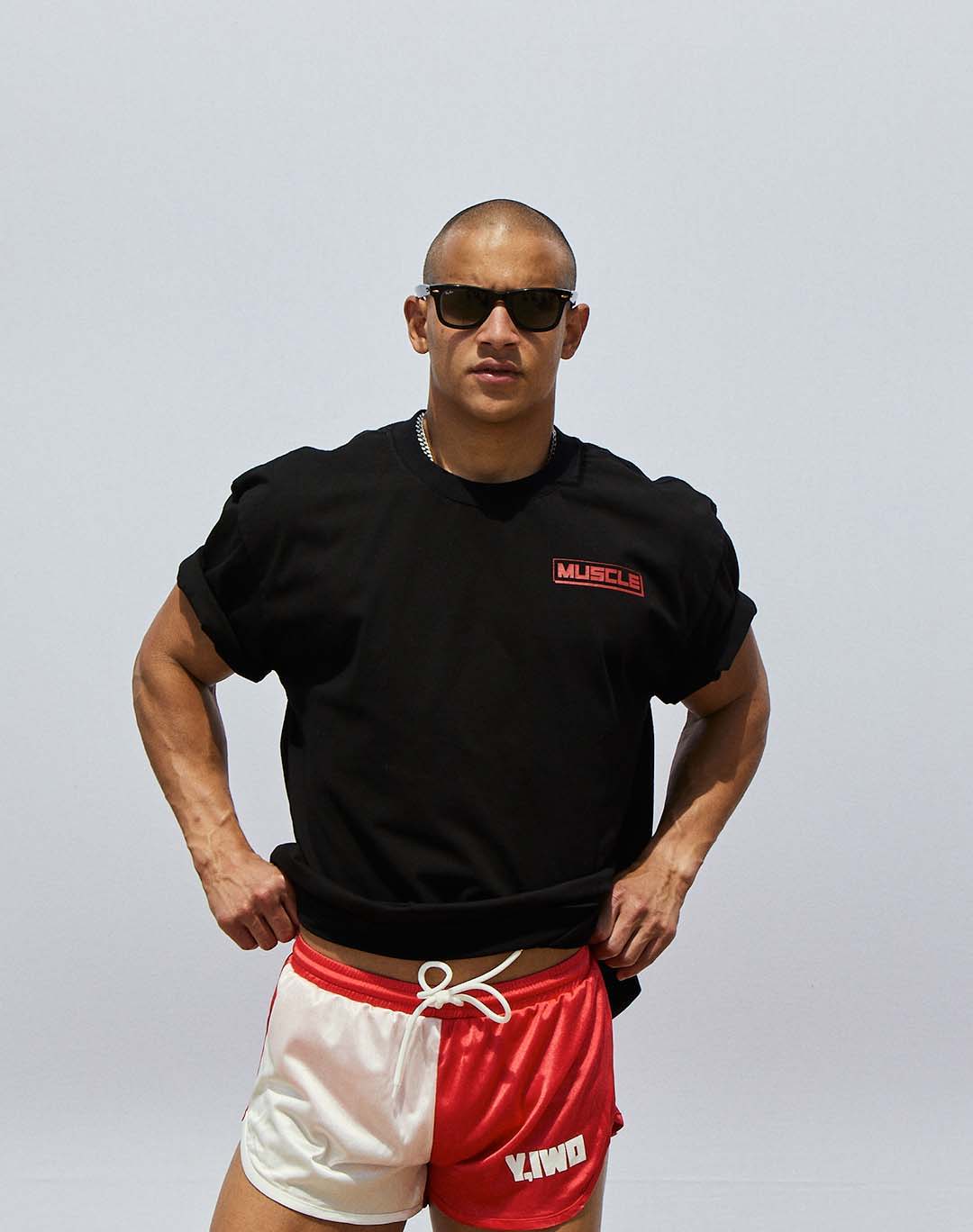 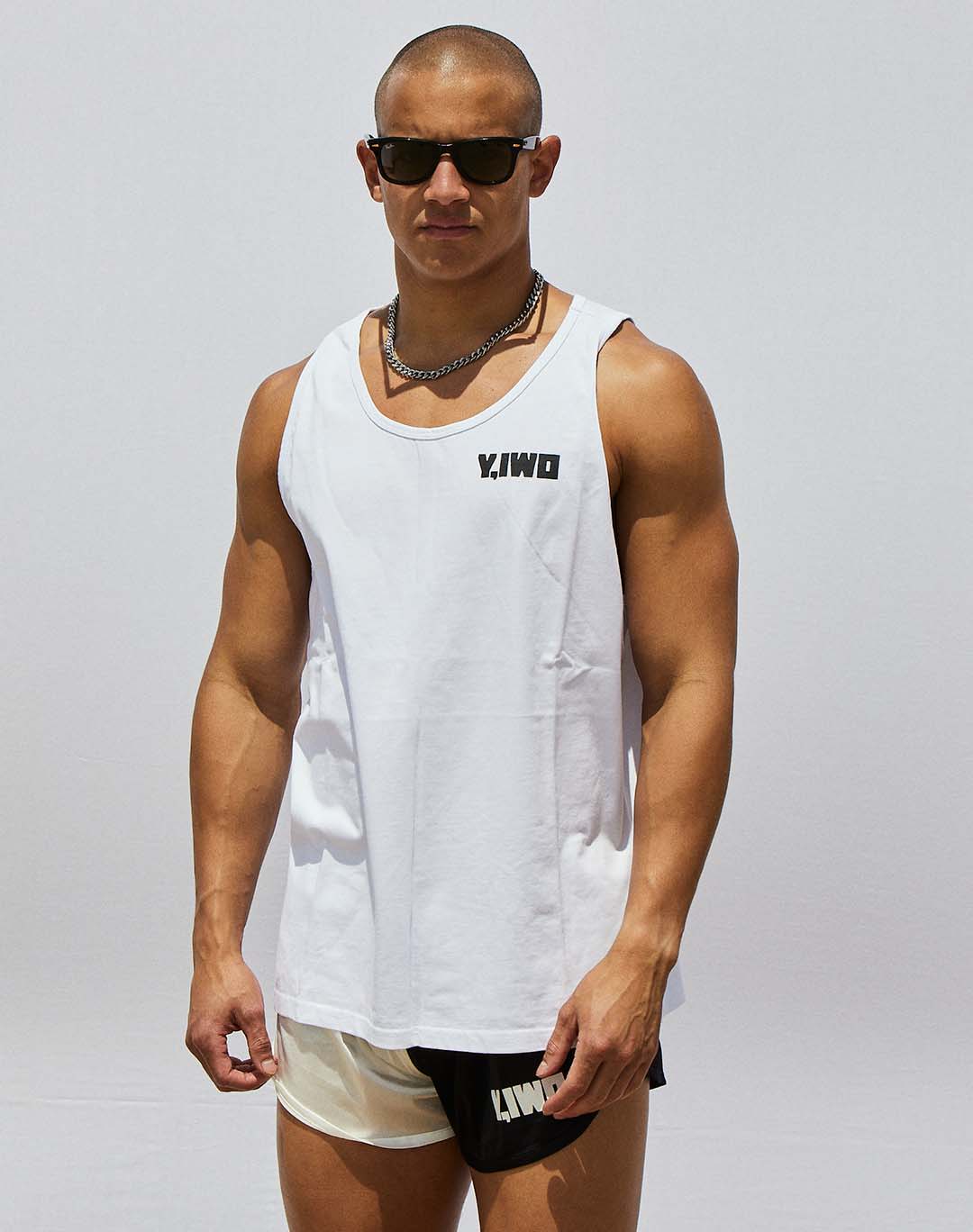 One of the anchors of the collection is the “Approved by Big Boy” logo. What inspired this?

The “100% Approved” drawing is archival artwork from Ric. Before he died, he took me through his archives and showed me practically everything. Big Boy Clothing Company was Ric’s brand back in the 80s, which featured many variations of the Big Boy graphic, including the “100% Approved by Big Boy” logo which we used for this collection.

Since the brand has launched, how has the product offering evolved?

We kicked off our first collection in the summer of 2018 with five tees, two tanks, two shorts and some sweats. Now we have a variety of tees – cropped, half tees, long sleeves, muscle tees as well as stringers, regular tanks, and more to come. We also have a variety of shorts: quad shorts to squat in, beach shorts to chill in, swim shorts to swim in – to name just a few! 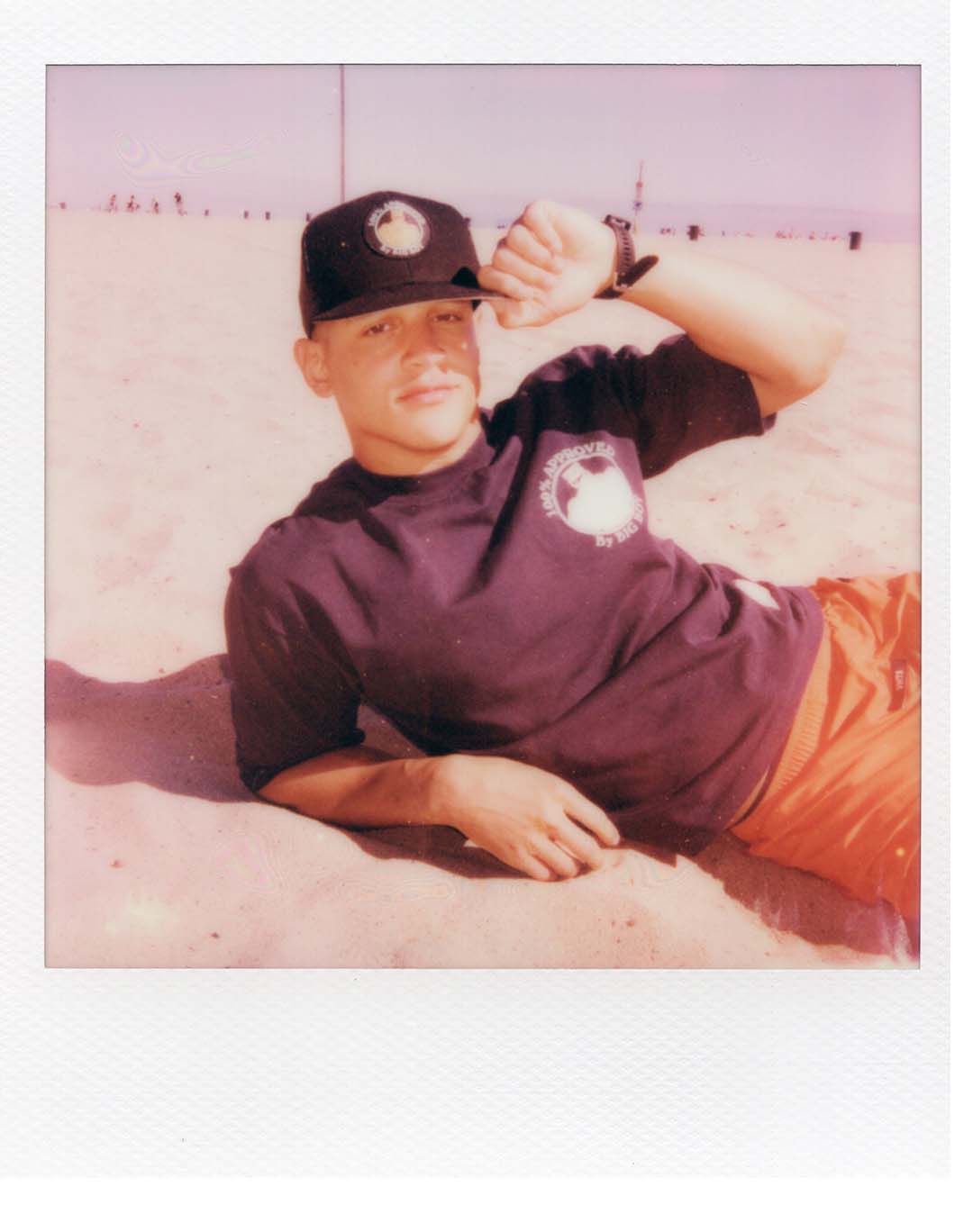 To name just two of the exciting projects we’re planning, we have a really cool partnership coming with Ace Hotel Brooklyn this summer, and a second Gold’s Gym collection coming in 2022.

If you could have a dream collaborator, who would it be? Why?

Collaborating with Gold’s Gym is like a dream. Y,IWO is super inspired by the legend of Gold’s and what it represents to bodybuilding. So much rich history, iconography and mood from that gym. We were also super fortunate to get to know and work with Ric. He and some of the other OGs from that Golden Era of bodybuilding are like the patron saints of Y,IWO. 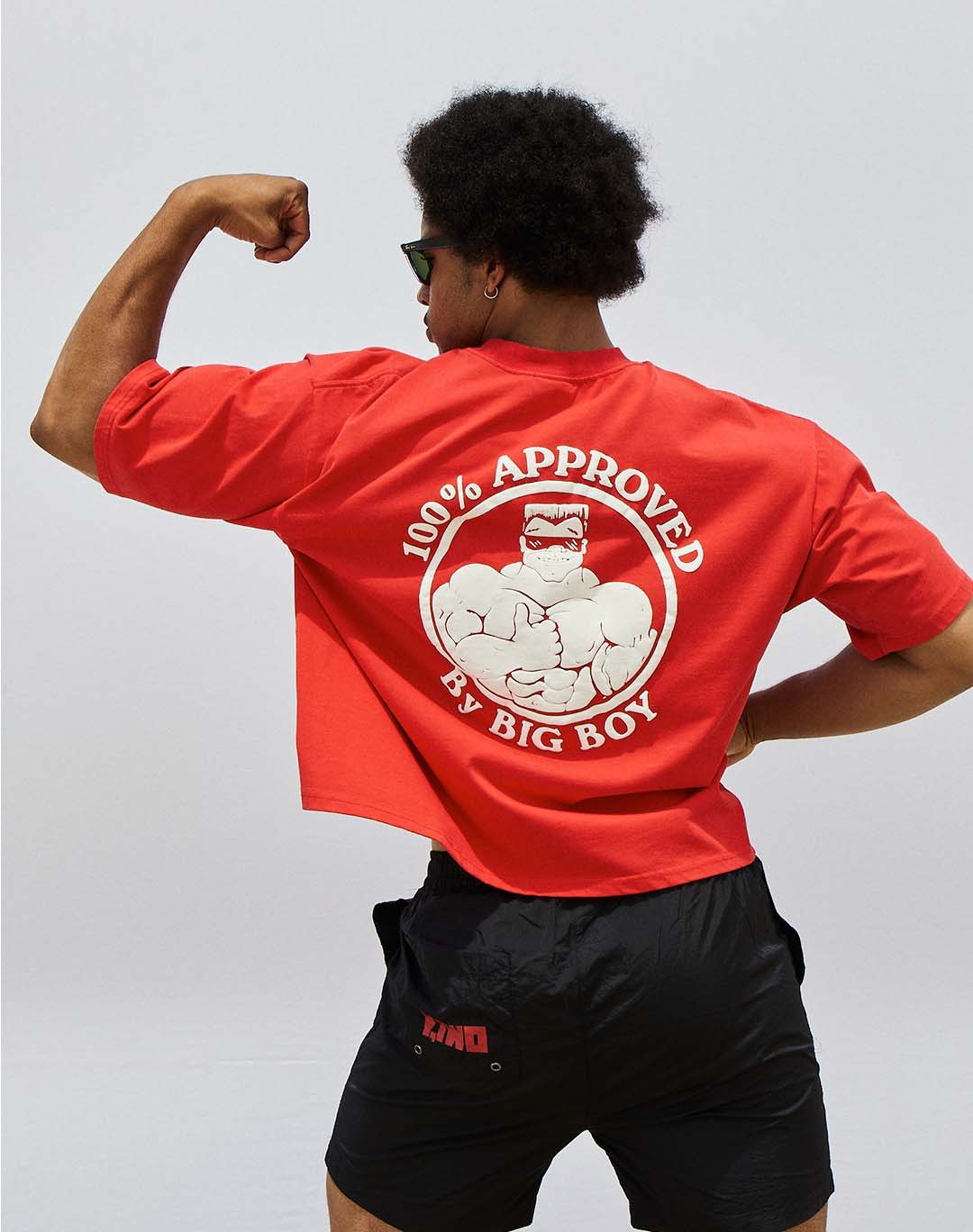 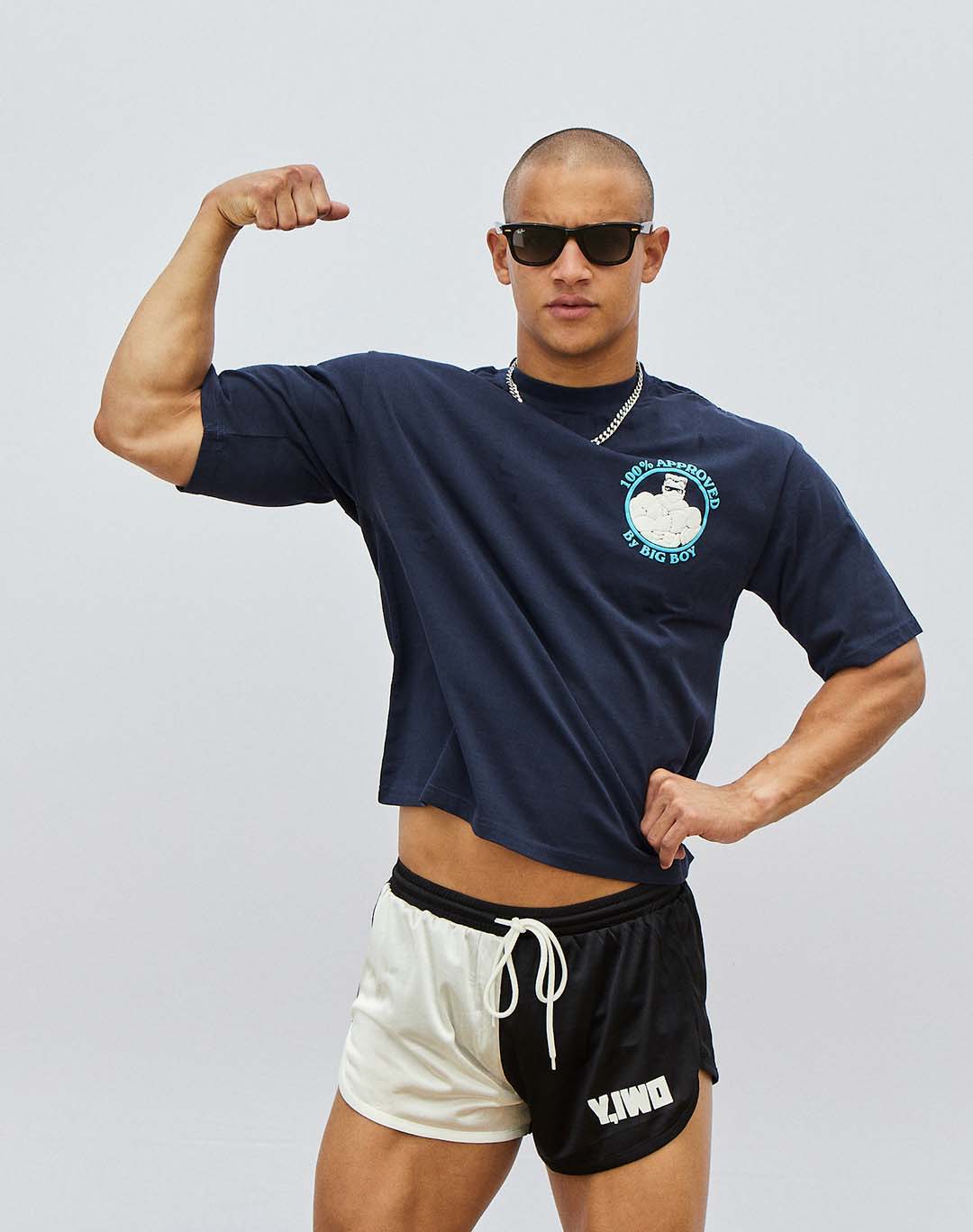 Which man, in your opinion, epitomizes the Y,IWO male?

Y,IWO’s appeal is naturally democratic. We are always stoked to see the variety of people who love the brand – from the bodybuilders, trainers, and powerlifters who relate to the brand’s connection to lifting culture, to the art directors and graphic designers who appreciate the design aesthetic, all the way to the fashion kids and models who just like it simply from a style POV. Male, female, gay, straight – it’s all over the map, and I feel that diversity really epitomizes who the Y,IWO person is. We create for anyone that likes the brand, no matter what their connection to it might be, and I think that inclusive attitude is what makes Y,IWO so multi-faceted and accessible. 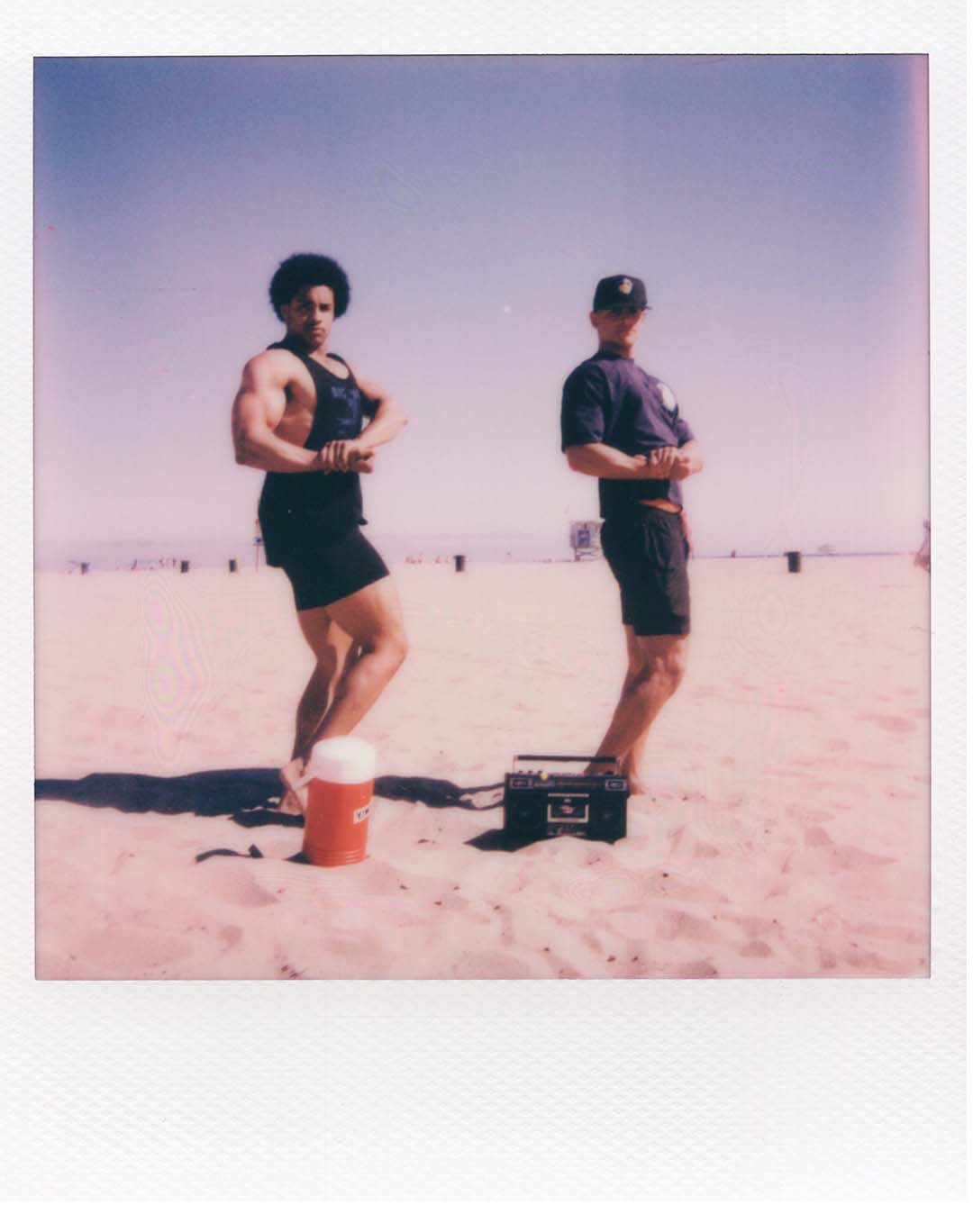 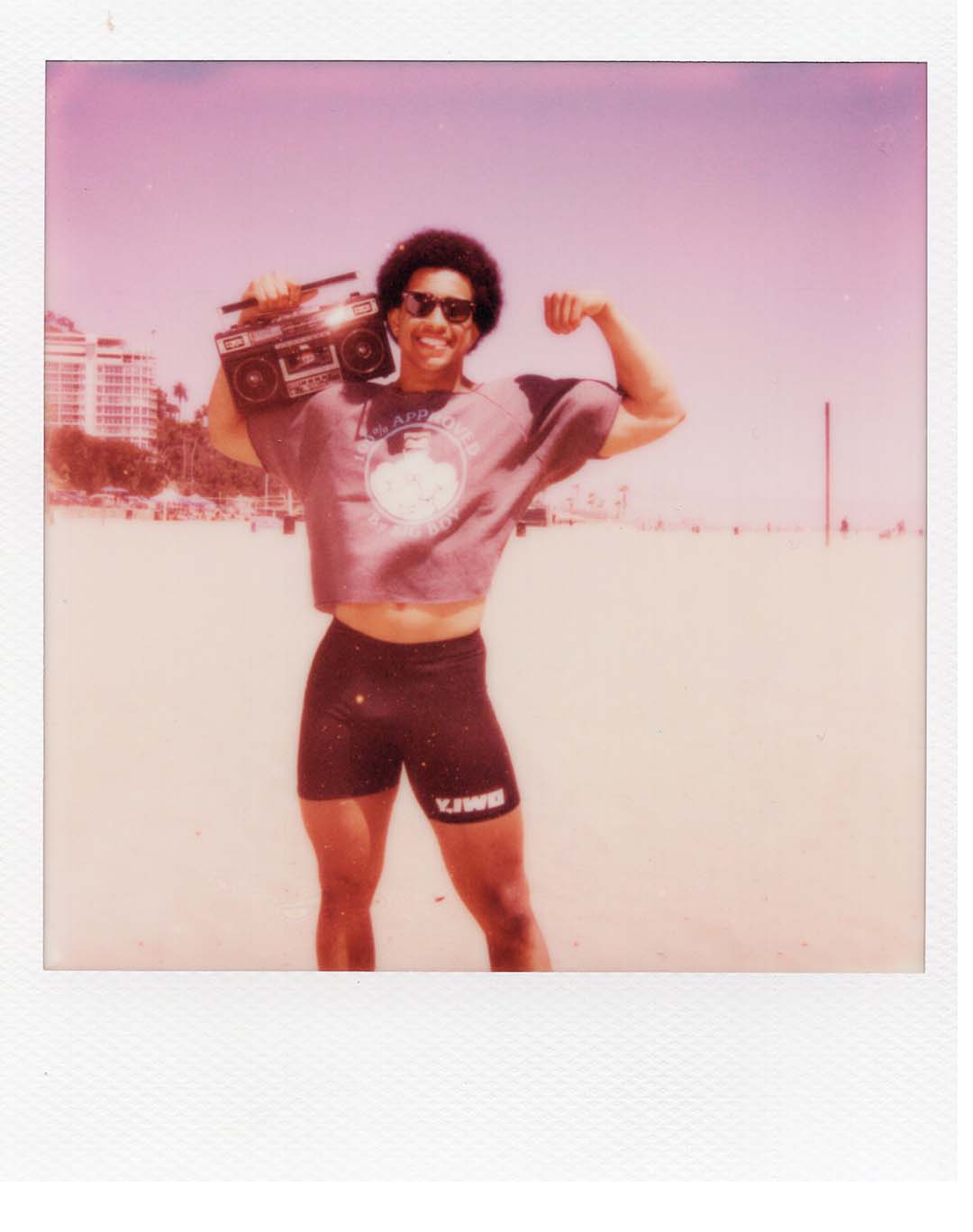