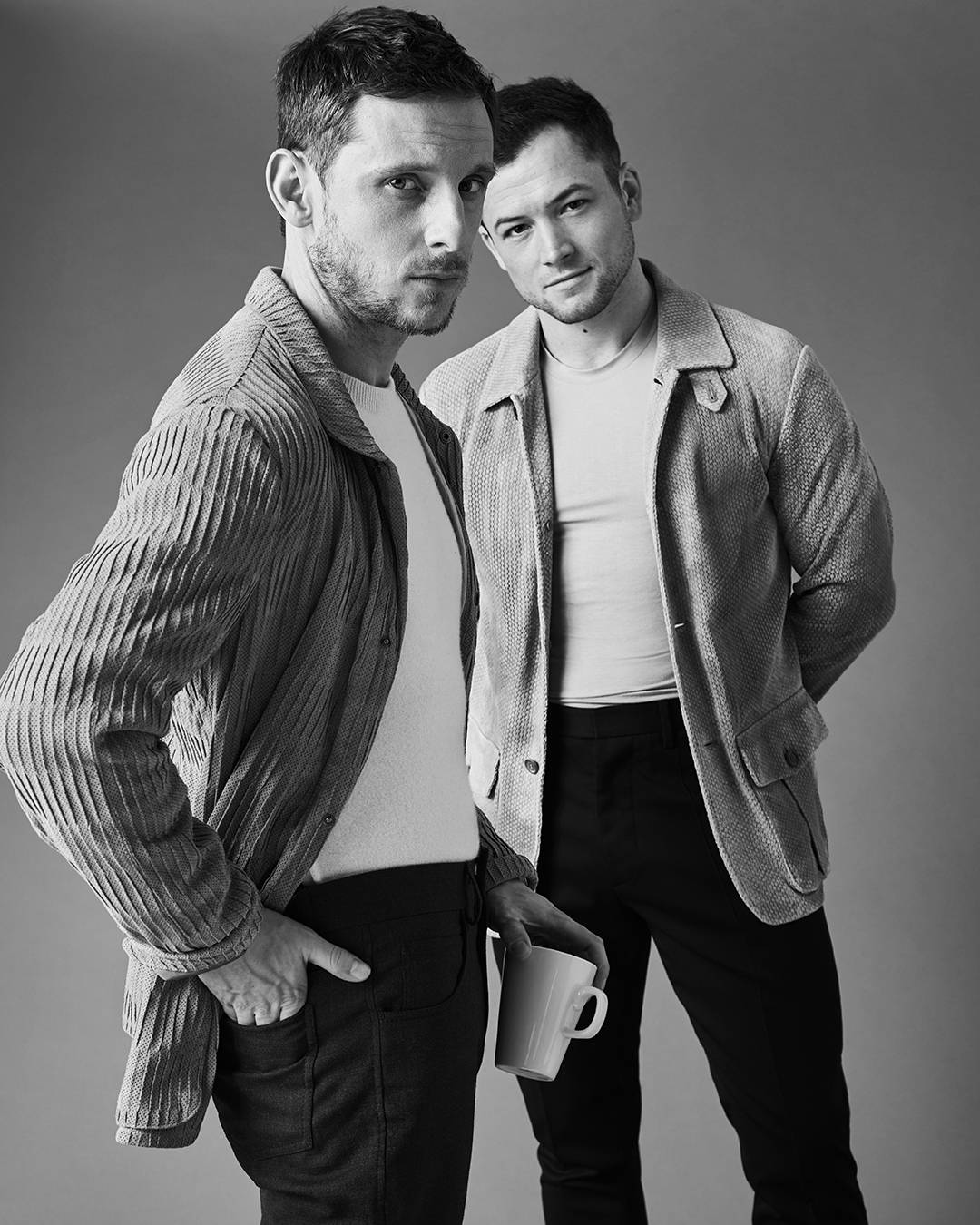 This interview cover is shot by Brooklyn Beckham, godson to Sir Elton John.
2019 is set to be a huge year for Taron Egerton and Jamie Bell. The pair will star in ’Rocketman’, the epic musical fantasy about the uncensored human story of Sir Elton John’s breakthrough years, with Egerton playing the celebrated singer, and Bell assuming the role of songwriter Bernie Taupin. The film has already garnered an impressive amount of hype from its trailer and press screenings, and is already being touted as one of the biggest hitters of 2019.